Say No To Bullying: The Darker Side of Teasing Someone 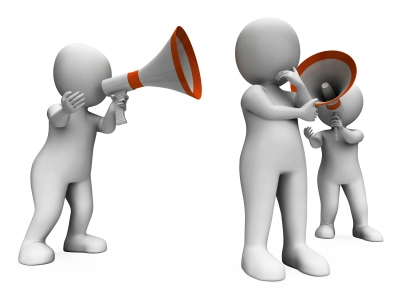 We dive into the bad parts of bullying.
Free Digital Photos

I have been writing a lot about bullying lately, because I feel I need to. I feel it’s necessary. I was watching something on the news the other day about a football player getting into possible hot water over racial slurs that he may or may not have made. There are those that claim he was bullying this one player and making racial slurs at the same time, all the while the culprit is denying the allegations. Now did he do it or did he not? Well that is not up to us to decide. I only bring it simply because it falls in line with the subject matter.

The result of bullying

Bullying is an ongoing problem and I have to wonder if it will ever end. It seems these days that the only way it ends is through someone’s untimely death. Look at college student, Tyler Clemente. He was bullied non-stop because he was gay. His suicide put an end to that but quick. It’s not just Tyler Clemente, it’s countless other men and women who get tortured and beaten to death. All because they are either gay, black or Muslim. Because a man or woman has a different color skin they get bullied and beaten to death. Just because someone sleeps with someone of the same-sex, he or she is beaten.

Some might say that it’s just a phase. Some have said that it’s a part of life and we all needs to accept that. Some have said that it builds character and that it only serves them in strength, later on in life.  But what happens when the person is not strong enough? What happens if the person is tormenting them to the point where suicide seems like the only way out?  I know this is a hard pill to swallow and something that not many wish to think about. But we do need to think about this.

The darker side of teasing someone

So many get driven to death because of bullying and everyone assumes that the person just couldn’t take it anymore. But did we ever stop to ask ourselves why the person couldn’t take it anymore? The really tragic part about bullying is that it’s designed to protect the one who is abusing the victim, not the victim themselves. This is the real crime here. The abuser gets off and the victim ends up hurt and/or dead. Now that doesn’t really seem like a lot of justice to me. The bully can claim that he was pressured into it by his or her own peers. The bully can claim anything and make themselves appear like the victim. Where does that leave the actual victim?

Why does the one who gets bullied get by with just a slap on the wrist, and yet the victim can’t even tell his side of the story? His voice will never be heard and yet the bully’s voice is always protected and never shuts up. That is why I’m writing this article. I have faced bullying my whole life and still continue to face it. I survive it every day.  So it’s my job to return the favor.  I’m giving those who are no longer with us a voice, a voice that they never got to use.