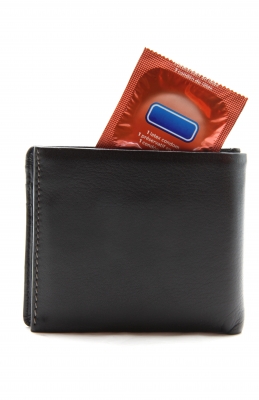 You know how the movies and television make sex out to be this great thing.

They show the scene of a couple having sex and we all think “Hey, I want to do that.”

We all hear about the great pleasures of sex and what you can get out of it. Yes, sex is a very beautiful thing, but do we ever really take the time to think about what we get from it?

We are so concerned with the pleasure part, that we never give too much consideration to the principle part.

As young adults, you can’t be naïve.

I mean when you and your boyfriend (or girlfriend) do decide to have sex you have to take the necessary precautions.

And no, I don’t just mean birth control.

ALTHOUGH THAT IS A BIG PART OF IT.

What you need to do is to educate yourself on the dangers and the vast implications of what you are doing. Are you old enough to have sex? I don’t mean age wise. What I mean is the maturity factor there. We all say that we are old enough to have sex and yes movies and television make it sound great, not to mention look great.

WE SEE THAT GOOD-LOOKING GUY ON THE SCREEN AND THINK TO OURSELVES “HEY, I’D DO HIM!”

What are the consequences of our actions?

Each day when we make a choice we have to live with that choice. Sex and having the proper birth control isn’t any different.

Here’s a word of advice too: Don’t just rely on the guy to exercise the condom angle.

He says he will just to appease you, but most times the guy will not come through. Even if he does, condoms can break. If you are in that weird stage in your cycle, guess what? You have a screaming baby at the end of the day.

Don’t believe that tired line of “OH BABY, I’LL PULL OUT RIGHT BEFORE THE CLIMAX.” Because 9 out of ten times he will not.

He will want to get in all of the pleasure he can prior and most likely he will be so caught up in the moment that he will forget. So don’t ever fall for that tired line, because it’s just his way of getting you to do what he wants and not what you want.

That is why you need to be educated and sophisticated about this.

Have you asked your guy who many partners he has been with? Out of those partners how many of them did he exercise protection with? Or did it just slip his mind?

On your end, get your own birth control to protect yourself too. If you rely on the guy to do it all by himself, you are making a big mistake. Educate yourself on how the birth control works too. One little slip up and you may end up pregnant.

Many times we make a choice to sleep with someone out of fear that he will walk away.

Well once that baby comes into your life, ask yourself this? If you feared that he was going to walk away, what makes you think he’s going to stay now?

Unfortunately, some guys do just to get laid. They have no other agenda except to sleep with the hot girl that they are with.