Whether or not you’re having it, sex is still prevalent in college life.

No doubt you’ve seen free condoms sitting in a basket in the health center, heard about So-and-So’s hookup with That Guy or even been to a sex toy workshop before (FYI: there’s almost always free food at them).

Because of the over-arching belief that sex is a big thing in college, I find it fit to list the best ways for sexually active teens to prevent themselves against both pregnancy and STIs. 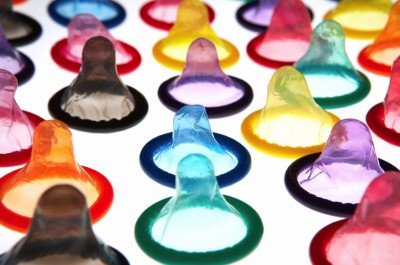 If you are sexually active, no doubt you’re familiar with some of these methods. I encourage you to read on; there’s a chance you may pick up something you don’t know.

If you’re not sexually active, I encourage you to read on as well; this information may come in handy if you decide to have sex in the future.

The more knowledgeable you are about contraception, the less likely you’ll be to have an unplanned pregnancy/STI, which I think is always good.

Hands down the most common way for teens to protect themselves against pregnancy. Male condoms act as a barrier to prevent the sperm from reaching the vagina.

Why are condoms so widely used? They’re easy to access, cheap, and are the only method of contraception that protect against both pregnancy and STIs.

Made for women, the Pill is a daily dose of hormones that prevent sperm from reaching an egg or prevent a woman from releasing an egg at all.

To use the Pill, a woman takes a hormone pill at around the same time each day for three weeks and a sugar or placebo pill for the fourth week, in which the woman will get her period.

The Pill is convenient and is 92% effective with typical use (over 99% with perfect use), but doesn’t protect against STIs.

The Pill is also more expensive than condoms, but your health center or a clinic nearby may be able to offer college students like you hormonal contraception at a reduced rate.

The world’s not a perfect place and sometimes your number one method of contraception doesn’t work out the way you planned (a condom slips or breaks, a woman skips a pill). That’s when emergency contraception (also known as EC) can come in handy.

EC equates to around five regular birth control pills; depending on the brand of EC you choose, you have the option of either taking one pill or two pills twelve hours apart.

Again, your student health center more than likely offers EC at a reduced, over-the-counter price (assuming you’re at least 17). EC may cause some cramps and bloating, but hey, I’d rather cramp for a little than end up with a baby.

– EC will not terminate an already existing pregnancy.

– EC is not to be used as a regular method of contraception.

Lastly, not having sex is the only 100% effective way to not get pregnant. If you are sexually active, using a combination of both birth control pills and condoms is an extremely effective way to prevent pregnancy and your chance of contracting an STI (I bet you guys already knew this, but hey, just driving the point home.)

The point of this post? Knowledge of contraceptive devices is equally important for both the sexually and not sexually active. After all, safer sex is better sex!