It’s the most wonderful time of the year! While the holidays are very exciting, the best part is looking at all the Top Albums of 2010. 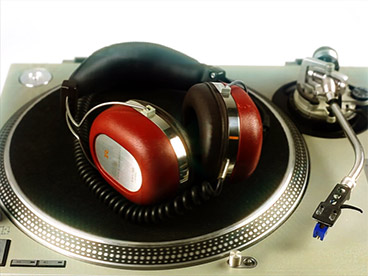 There are numerous publications in all forms (magazines, blogs, websites) that provide a Top 50 list for the year. This list will be broken up in various sections and we’ll start out with the “Top Albums of the Year” from 50 to 40. However, this isn’t your “Billboard Top 50” radio focused list.

The goal of this list is to provide you, the reader and listener, with music that is “true”, filled with emotion and the soul of the artist. These musicians put their soul into their work and perfected every little detail to create a sincere album. As an audiophile I’ve loved and listened to every one of these albums collected here.

Here’s to a fantastic year in music…. and so we begin.

We begin this list with an unknown artist. I absolutely HAD to find a way to put this artist on the list. Thank goodness she came out with a “b-sides” album this year for me to get hooked on. Lady Lamb The Beekeeper is Aly Spaltro’s moniker and she hails from Portland Maine. She’s cute, plays instruments, but boy can she sing. Sometimes, she looks like she’s calling upon the powers of Janis Joplin, she even sometimes sounds/looks like her. Her songwriting is sincere, and has the lyrical ability that Joanna Newsom has; so interesting and intelligent. She’s going to become bigger as long as she keeps pushing for it because her music is interesting, her melodies are well done, and her instrument work is the perfect example of the “indie folk” sound. Check her out if you like the group “She & Him” or indie music in general. Know what, scratch that, listen to her no matter what because she’s worth it.

“Regarding Ascending The Stairs”,  “I Love You” , “Almond Colored Sheets” 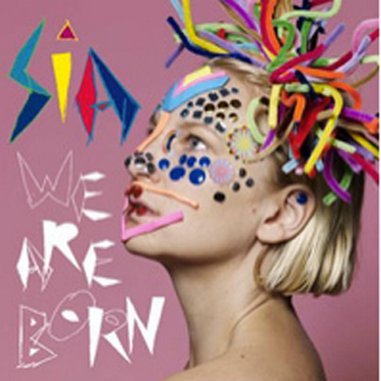 We leave from the unknown to Australia’s hidden treasure. Sia is the artist that has collaborated with Zero 7 on the hit tracks like “Destiny”, and “Somersault” but is widely known as the girl who sang the track “Breathe Me” from the final episode of 6 Feet Under. Her voice is unique, and her last CD proved her lasting ability in creating songs with strong melodies (see “Soon We’ll Be Found”). On this new album, Sia looked into her “fun”, pop side. The single “You’ve Changed” is no doubt a standout track and the whole album contains good fun from a strong singer songwriter. 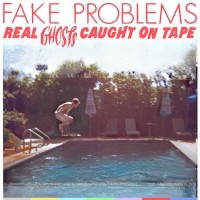 Fake Problems is listed as a “Beach punk” band from Florida and they no doubt nail that genre to a “T”. The guitars are chugging to the up-tempo drums and the singer combines it with his unique voice. Imagine the voice of Brand New and Modest Mouse, decided to be happy and celebrate life on the beach. There you have it, Fake Problems! Another good fun album, with great guitar hooks, catchy choruses, and a well done addition to their growing discography.

The Year Million and their self titled album is quite the piece of work. If you like Muse, Mew, Minus The Bear, Mutemath (I guess really any band starting with M at this point eh?) then these guys are for you. I found this album to have the “heavy groove” I was looking for. While they are not metal in any way, their instrument sound is very “bass” oriented and the vocalist has a nice deep tone to him which compliments the group as a whole. This album came out as a complete random find while blog hunting and I’m SUPER glad I found them. They’re absolutely worth it.

“Something Like A War”, check myspace link for more!

The first instrumental album that will appear on this list. I know that it tends to be difficult to listen to instrumentally based albums, but sometimes, sonically they create landscapes that TAKE you to far away lands. However, like most of the instrumental albums in this list, they are laced with vocal components that add and layer to the sound created. Beat Connection’s “Surf Noir” (EP) is an 8 track album that combines shoe-gaze, ambient, lo-fi, and the “Beach sound” that has been piercing the heart of indie music this year. If Vampire Weekend met M83 and ran into Passion Pit’s synth sound with a bit of Animal Collective song structure this is what you’d get.

45. Rose Elinor Dougall – Without Why

The Pipettes were a fantastic group. I say “were fantastic”, because once Rosay (Rose Elinor Dougall) and RiotBecki left, the band was no more the 60’s, Phil Spector, influenced group I loved. Thankfully, Rosay decided to be a solo artist known by her full name Rose Elinor Dougall. Her sound is more of the late 60’s earl 70’s sound that Nancy Sinatra and the other ladies of that era were known for. Her voice is so smooth, and she’s super, super cute. Plus, she creates fantastic pop songs. While the CD desired for more, it’s a decent debut worth listening too. Put it in the car on the highway, at the coffee shop, studying, and you’ll find yourself bopping and channeling your inner flower child.

44. Antony And The Johnsons – Swanlights

At 44, we have the most unique person on this list and his band. Antony and The Johnsons consists of Antony Hegarty and his friends. He was heralded as a leader in the anti-folk/weird scene that broke through with the likes of CocoRosie and Devandra Banhart (he dated Natalie Portman too!). Antony Hegarty started in the “Experimental Theatre Wing” at NYU and has battled internal battles with being a “transgender”. His music is sincere, to the heart, and would be the perfect equivalent of a classic novel being put to music. His lyrics and poetry underline real questions prominent in today’s society especially with his STRONG debut “I Am A Bird Now” (2005) and the track “For Today I Am A Boy”. The album “Swanlights” Antony is more confident, his sound isn’t as shy as his debut, but still laced with his tremelo/vibrato voice and range shattering piano skills combining with a strong instrumentation. It’s a push in the right direction, but I’m still waiting for Antony to solidify himself as an individual. That is when we’ll hear his Opus.

Northern UK is producing the most exciting music today, hands down. From Sweden’s undeniable strength in the “Four to the floor” pop synth, to experimental, this Netherlands band puts their hat into the ring with a versatile album. With the big acceptance this year with folk music (ie; Mumford and Sons, Fleet Foxes, Edward Sharpe & The Magnetic Zeroes) they hold their own. Fans of Jose Gonzalez, Fleet Foxes, Iron & Wine, and old Sufjan Stevens will find this album to be a nice addition to their iTunes. The songs are short, to the point, and don’t be surprised if you hear this in Starbucks next year.

I always get Ra Ra Riot confused with Ratatat for some odd reason… until this album. Their sound is basically Tokyo Police Club with pop sense-abilities borrowed from Vampire Weekend. With mixed reviews this year, they did land a spot on David Letterman recently and rightfully so. This album is stronger than “The Rhumb Line” that put them into the blogosphere and internet last year. You will find here a more cohesive Ra Ra Riot, more mature, and rightfully so, this album works well from start to finish.

“Too Dramatic”, “Keep It Quiet”, “Massachusetts” (myspace for album quality!)

The first Swedish act to land on this list is “First Aid Kit” who rose to fame with “oh the video of those two girls singing Fleet Foxes?” video on youtube. Their voices mesh so well together, and their sense of harmony is undeniable. Their commanding ability with the guitar and their voices are the backbone of this album, sprinkled with the appropriate orchestration to embellish their natural talent to write worthy songs. Think of them as the less punk version of Tegan and Sara mixed with Eisley, and they become the upcoming folk duo to watch out for.

I love Basia Bulat and let me tell you why. On her sophmore album “Heart Of My Own” she isn’t trying to use every instrument in the world like her debut, but her song writing has become stronger. She now knows how to create a song very well, and her sincere vocals over her lyrics show her growth. While an overall good listen from beginning to end, the best track is “The Shore”. Hands down one of my absolute favorites of the year, gorgeous. She also plays a mean ukelele on some of the songs on this album.

Check back tomorrow for the next installment!