I Am An Alcoholic and I Need Help 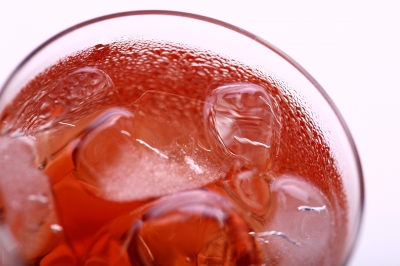 It’s not an easy thing for anyone to admit. It wasn’t for me. I normally don’t discuss something so private about my life, but if I can help someone else out that is struggling with this, than I will have done my job.

I was a drinker for over ten years. It ruined a good portion of my life back then. I was never one to like alcohol in the beginning. Truth be told, I don’t get why people do it in the first place. I know people that will drink from 7 in the morning until they pass out later on in the day. I never understood the reasoning behind it. Up until I was 21 I never really entertained the notion of it. But it got to the point where my home life was becoming unbearable and I needed a release of any kind. On my 21st birthday, my friends (at the time) introduced me to the concept of alcohol and drinking. I remember being at the party and doing some shots, but than the rest is a blur.

Soon after, I became fixed and I found a new friend.

I started out by doing a few shots and drinks here and there. It was just an occasional thing, nothing more. But as things got worse for me, it became more of a permanent fixture. Soon it went from a bottle of wine every other week, to a few bottles every week.  I began mixing vodka and brandy in between. I was drowning my sorrows over losing the love of my life and everything in between. I lost the love of my life due to factors that were beyond my control, but it still hurt. This was the only way I felt I could cope. It got to the point where my days consisted of going to work and then going home and drinking. I would stay up late and not sleep. I would hide booze. I was ashamed and embarrassed at what I had done.  Than about 4 years ago I quit and started to get my life back on track. The love of my life, he is back, after all of these years.

I am an alcoholic and I need help.

I was lucky to get my life back on track as an adult. You can be that way too.  If any of you out there are facing the dragon, don’t give up hope. The first step is admitting that you have a problem.  The next step is to get into a treatment program. Talk to God about it. That is what I did. God helped me out of some pretty tough times and he can do the same for you. I had his light inside of me, I just had to find it. You can find his light inside of you too. If you want help, all you need to do is ask. Talk to a friend and ask for support.  A real friend will never turn their back on you. I had to do this all on my own. All I had was my faith  to rely on. It doesn’t have to be that way for any of you who are suffering inside. That is why I’m sharing my story with you, in hopes that I can inspire others.

So don’t give up on yourself, who ever you are out there.