Drugs on The Market: Is Pot Still Considered Recreational? 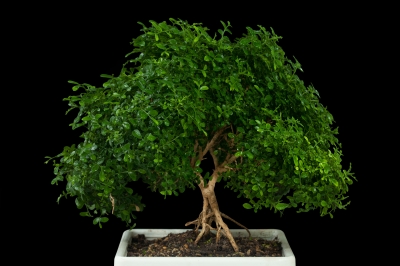 Pot is one of the most popular, not to mention used drugs in America.  There are a few others drugs that come close, but marijuana is the most sough after drug in order to get high off of. According to national surveys, at least 6.5 percent of men have admitted to smoking on a regular basis. Over half of the population will gravitate to pot, before trying some of the other drugs.

Living with a pothead

One of my roommates uses it at least several times a week, if not once a day. He used to do it on the occasion. But now, he does it just to keep himself sane. He has admitted that due to certain stress factors in his life, he resorts to weed in order to keep himself mellow. I asked him about something recently and he admitted to me that his memory is fading. Not to the point of being concerned, but he never used to be like this. Don’t get me wrong he is a smart man, but I have to wonder what this weed will do to him in the long run. He has already forgotten things that he has said to me. Now we all forget from time to time, I mean that is normal. What happens when the weed affects the molecules in your brain?

Drugs on the market: Is pot still considered recreational?

I recall this one interview with this singer and they were discussing how she comes up with her material. She admitted that she smokes a lot of weed and drinks some hard liquor. I believe the artist was Lady Gaga. I had my party days too, sans the weed of course. I personally would never touch the stuff. But I say whatever floats your boat. But what happens when the occasional usage crosses over to an everyday occurrence. There have been studies done that prove that the use of marijuana over time will decrease your brain capabilities and the stimuli.

What do the doctors say?

Doctors do say that marijuana will temporarily relieve the stress and the pain. But to rely on it as a long-term thing is not a wise move.  Researchers on the subject even worry about how it will affect the brain later on.  There are many college and high school aged kids and adults that use this drug for recreational practices. Those who smoke marijuana perform worse on tests that involve sense memory.

Those individuals also have a reduced rate when it comes to random numbers and recalling sentence patterns. Once someone gets hooked on a drug, you know that it’s not long before it becomes a permanent fixture. My roommate once told me that for generic pricing he can get a pound of it for $400. Now I used to spend that much and more on booze every single month.  So I do get concerned with him. He is a very smart guy, and yet with his practices I do wonder how much longer he can keep it up.

We all have our own way of relieving stress and pain. But there is always a concern for those who take a recreational drug plant and turn it into something more than recreational. Pot is just like any other drug on the market. At some point the recreation is long gone.

What do you think about marijuana use?