Dealing with Your Friends’ Relationship Woes: When to Help and When to Move On

One thing I’ve learned in college is that most relationships fail.

We’re all in an awkward phase of our lives where many adult expectations are thrust upon us, while we are still child-like enough to stick straws in our noses at restaurants. This puts an unspoken degree of pressure on any romantic college relationship. Being in the tail end of youth and not being emotionally ready for such a mature and serious relationship is difficult when out of the corner of your eye you can see the prospect of marriage and kids creeping up on you. For some people, the thought of such a deep commitment sends them running.

For others, it makes them so desperate for lifelong companionship that they ignore problems in their significant other. If you’re anything like me, you’re perpetually single, and all of your taken friends come to you to talk about their relationship troubles. Again, if you’re like me, you have friends who like to keep things bottled up, or they call you up crying at 3 in the morning every night for a month. Of course, you want to be there for your friends, but when is it time to listen and help, or time to tell them to suck it up? 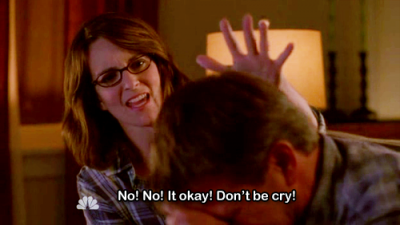 Sometimes, you just need to vent, whether it’s because the barista at Starbucks spelled your name wrong, or your boyfriend forgot your anniversary.  If it’s something actually important, like the latter, your friends may come to you to talk about it. Let them vent, and listen. Mainly, your friend is looking to blow off some steam and wants you to tell her they’re right, but don’t lie to them. If they’re making a big deal out of nothing, be honest with them in a constructive way. If you’re nice about it, they may be able to see that they overreacted. If your friend comes to vent to you occasionally, it’s because they trust you, and it’s good for you to listen and help as best as you can.

On the other hand, sometimes you’ll have friends who can’t have a nice conversation without bringing up their relationship troubles, and make no attempt to better their situation. In a case such as this there is no reason for your time to be monopolized with incessant whining. It’s time to give them a good case of tough love. When your friend calls you up sobbing about the same problem for three straight months and refuse to take yours, or any advice, tell them that you have helped all that you know how to with this particular problem and that it’s time for them to immediately make a change or keep it to themselves. Your friend may be a little upset, but by putting your foot down you made it clear that they are being irresponsible in their relationship by not doing anything to fix it.

Relationships in college are delicate.

When you’re everyone’s free personal therapist, it can get tricky to know how you’re supposed to handle another person’s problems. At this point in our lives, a relationship can become permanent, and for any sane person it’s scary In the end, the best thing you can do is be honest. When you’re always up front with your friends they will know that you really mean it when you’re on their side, and that you genuinely want what’s best for them in the long run. Once you’ve done all that you can to help, be sure to make yourself a drink and thank your lucky stars that you’re still single.