While this may seem to be obvious to many, it has been scientifically proven that women’s tears turn men off.

Researchers at  Weizmann Institute in Israel  conducted a study that involved men sniffing the tears of women who had cried whilst watching sad movies. While sniffing, the men saw images of women on a computer screen. 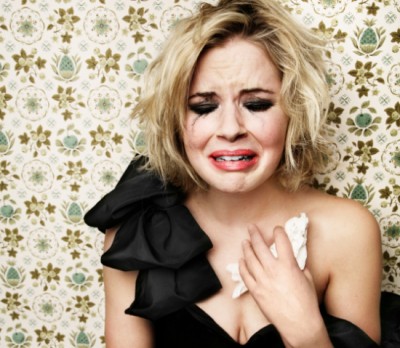 Results from the study show that the tears made the women’s faces less sexually appealing to the men.

Specifically, the scientists tested the men’s blood and found that the “chemosignals” in women’s tears triggered a decline in testosterone–the hormone related to sexual arousal.

What’s more, a MRI scan revealed less activity in the regions of the brain associated with sexual activity, a saliva test found a 13 percent decrease in testosterone, and a decrease in heart rate, temperature and respiration was noted.

While these findings are a breakthrough, scientists say there are more questions raised including: Do different tears give off different chemosignals? What are the effects of men’s tears and children’s tears?

Who knows, maybe pharmaceutical companies will now bottle up women’s tears for a man repellent!