It’s always difficult to discuss delicate issues such as suggesting a significant other to lose weight or admitting to infidelity. While there is no “right way” to approach these topics, here are some basic universal tips on how to talk about it:

Always put a positive spin on what you are about to say.

For instance, if you’re breaking the news that you’ll be missing your two year anniversary for work then say something like: “It’s just as well–on the off chance I could get the night off, I’d probably be pissed and exhausted. This way, I can get work done and we can celebrate when I have nothing on my mind.” 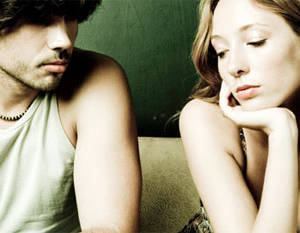 2. Be Diplomatic. Be Mature. Be an Adult.

It’s crucial to be diplomatic, mature and behave like an adult when dealing with sensitive issues. If you know you’re at fault, then make sure to accept the blame like an adult.

It sounds a LOT better when you say: “you know, I really like that red dress you wore on our fifth date. I may be biased because it’s the my favorite thing that you own–but maybe wear that?” as opposed to “Seeing you in this dress is murdering my appetite with each passing second.”

Whether you’re suggesting a move, a long distance relationship or asking someone to lose weight, you can NEVER force them to do what you want them to do or make them feel bad if they don’t do it.

Decisions don’t mean anything unless someone makes it for themselves. Make a suggestion, but never enforce your opinion.

This includes emotional blackmail or cheap games like comparing him/her to an ex. E.g.: “so you won’t move to Idaho with me? And here I thought you loved me. You know my ex-was SO excited when I suggested it to her”

Placing an ultimatum defies all 3 rules above: it puts pressure, it’s not diplomatic, not a mature tactic, and it’s not the adult thing to do.

Instead of delivering an ultimatum (“lose 15 lb’s or I’m going dump you”), try something more constructive such as discussing how things are affecting your relationship (“physical fitness is really important to me and it concerns me for our future that it’s not as important to you. Maybe we need to re-evaluate our relationship”)

In a nutshell, approach sensitive topics as if you are your own PR agent and put yourself in your partner’s shoes. Think how you would want to hear the news and be sensitive to his/her feelings!