To be a full time college student is a hustle within itself, but Florida A&M University students Ricardo Dyall, Justin Harris and James Wright are not only successful in their schoolwork and fraternity, but have been hustling their music group for quite some time now.

These three talented men created the group Educated Hustlers and have been working hard to ride it to the top ever since, and with the well-written lyrics and unique style of music, the top shouldn’t be too far along for them.

CC: How did the Group Get Together?

EH: It all started with one of my frat brothers who used to make beats. He came to me about putting some of the lyrics on the beats and then it that was basically history in the making. 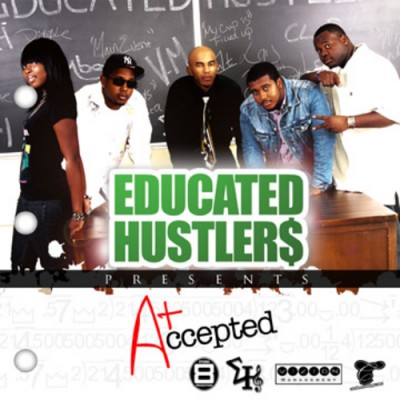 CC: What Type of Music Do You Create?

EH: It’s a good mix of lyrics and content. We aim to make feel good music; stuff that people enjoy that’s not sacrificing our lyrics at the same time. We try to keep everything realistic. We want to stay within the genre; we try to give people what they already listen to while at the same time still being original.

CC: Why the name Educated Hustlers?

EH: We chose the name because the meaning is broad, everyone in their own way is educated in their specific craft. This is ours, and we’re using it to make money which is a hustle. Basically everybody is a educated hustler when they’re doing what they love and trying to get some kind of benefit from it.

CC: What’s your ultimate goal of the group?

EH: Our ultimate goal is success. It would be easy to say we do it for the money, but we really have a passion for the music. The passion IS the music. My dreams will come true when I can be able to wake up and go to sleep in the studio. We want be able to stay who we are and be successful; we don’t want to have to conform to the b*llshit that people tend to tolerate in music. A lot of these artists these days conform and that’s not what we want to do.

CC: What are some of the things that you’ve been doing lately?

EH: We have a single off of our mixed tape Nikes and Flips Flops called “Ooh Aah” featuring Travis Brooks, but we’re always in the studio making music.

CC: What kinds of things can we expect from Educated Hustlers?

EH: It’s going to be a big wakeup call for people. When people start listening and actually comprehending what we say in our songs, they’re going to realize that we’re actually talking about something; that our music has a message. There’s a new era of music that’s about to start, and it’s a blessing that we’re going to be a part of.

Go to datpiff.com, or just Google them to listen to their music. Being a personal fan of Educated Hustlers, there is no doubt in my mind that these men are going to do great things with their music.