Hangover Cures from Around the World

We’ve all lives through the physiological aftermath of having too much to drink the night before. While it’s agreed by scientists that there is still no CURE for a hangover, there are remedies that can help alleviate the symptoms.

You’ve read about the most sensible ways to cure a hangover on College Cures, now take a look into what people around the world do to ease the pain:

In Russia it’s common to go to a sauna to let the heat to drive the toxins from your body by alternating your time in a steam room and cold water.When really hungover, Russians will whip themselves with birch branches in an attempt to stimulate circulation.

Scotland’s cure for a hangover is a soft drink called Irn-Bru (pronounced Iron Brew) that is loaded with caffeine, sugar, food dye and quinine.

This is perhaps the grossest cure EVER–or perhaps the most effective since it will make you want to hurl. In outer Mongolia, locals swear that pickled sheep’s eyes in tomato juice can cure a hangover.

In Romania (and Mexico and Turkey), tripe soup is a reliable remedy for a hangover. The recipe varies by country, but it calls for the key ingredient, tripe–stomach of a cow.

The Koreans believe Haejangguk (which literally means “soup to chase a hangover”) is the ultimate remedy. This soup is made of pork spines, coagulated ox blood, dried cabbage and vegetables.

In Australia, vegemite is spread over toast to cure hangovers because of it’s vitamin content and salt. Vegemite is viscous brown goop that is a by-product of brewing beer. Irony? 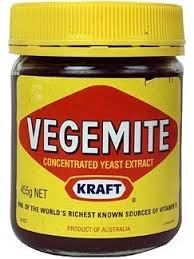 Umeboshi, green picked plums pickled in salt, is the Japanese cure to a night filled with too much sake since it’s believed that the acids improve digestion. Umeboshi can be consumed alone or with a side of green tea. Other Japanese remedies include consuming fresh water clams, miso soup and fresh persimmon.

Italians believe strong home made espresso is the cure to a hangover. But the Italians are most certainly on the wrong track as studies have found that taking excessive amount of coffee while your body is processing alcohol can actually cause more trouble for your liver!

The Polish believe sour pick juice, which is essentially vinegar, is the ultimate remedy.$10 says this is Snooki’s remedy of choice…

In the Netherlands, drinking beer is the remedy for a hangover. I kid you not. But the Dutch aren’t the only ones who battle alcohol with alcohol–in Switzerland a hangover cure is brandy with a dash of peppermint!

Pickled herring is a common hangover breakfast for Germans–it is made by wrapping a fillet of herring around onion and gherkin.