The Dangers of Binge Drinking in College

College can be a great time to meet new people, learn more about yourself, and go to fun, social events. While college can be a fun and important time in your life, you must also be aware of potential issues problems that may arise – such as excessive alcohol use or binge drinking. Drinking is a common part of college that most people take part in, but too much alcohol can lead to a number of dangerous health problems and problematic scenarios.

Let’s take a closer look at binge drinking and how it can affect college students. 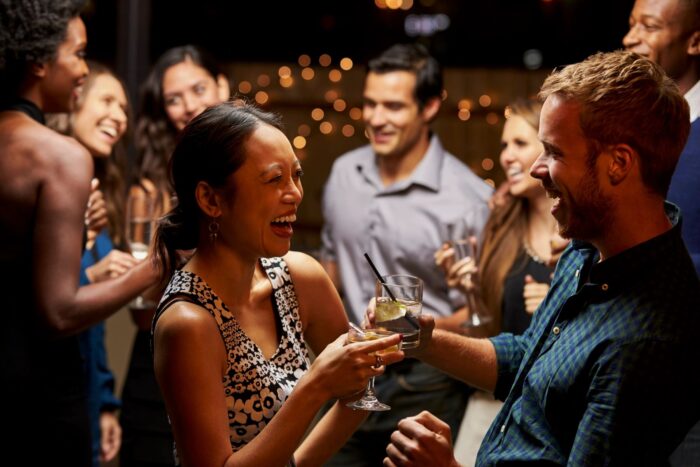 Before we look closer at the dangers of excessive alcohol use, let’s better understand what binge drinking is and how college-aged students are affected.

Obviously, this type of drinking can lead to dangerous consequences, and, unfortunately, a lot of younger people, specifically college-aged individuals tend to be some of the most regular binge drinkers.

According to a national survey, over 50% of full-time college students between the ages of 18 and 22 drank alcohol at some point in the past month, with a third engaging in binge drinking specifically.

Drinking to such excess at a young age can lead to obvious lapses in judgement and various risks and problems. Let’s look at a few of the common issues associated with binge drinking for college students.

Binge drinking, and alcohol use in general, can lead to many different health and social problems. Let’s take a look at some of the most common.

While it may not be the most fun thing to talk about, death is a serious consequence that can result from a night of excessive drinking. This can occur for a number of different reasons, one of the most common being car crashes. After a night of drinking, poor judgement, especially in younger people is common. This can lead to them getting behind the wheel, or getting in the car with someone who has been drinking.

The National Institute of Alcohol Abuse and Alcoholism (NIAAA) estimates over 1500 college-aged students die from alcohol-related injuries, including car collisions.

Along with death, violence and sexual violence are also major problems that can occur from too much alcohol. Drinking too much can cause some people to be more violent and may cause others to pass out or not be able to defend themselves properly, leading to problems such as sexual assault.

The NIAAA estimates that there are just under 700,000 students annually are assaulted by another student who had been drinking and almost another 100,000 will be victims of alcohol-related sexual assault or date rape.

Along with more life-threatening and dangerous issues, alcohol use can also have a major effect on a student’s education. In fact, a quarter of college students report problems like missing class or getting behind in classes due to drinking.

Finally, one of the more serious issues that can be caused from excessive alcohol use is an inability to stop. Binge drinking can often be a precursor to alcoholism which can be the start of even bigger issues including financial ruin, long-term physical health problems, dangerous alcohol withdrawal problems mental health disorders, distrust among family and friends, and this is just the tip of the iceberg. Addiction is a serious and debilitating issue that must be handled accordingly.

If you or someone you love is dealing with alcohol-related problems such as binge drinking. There are steps you can take to better your situation and overcome alcohol abuse. If the problem isn’t severe, simply talking with friends and family about stopping your habit is a good way to begin. Similarly, limiting your drinking to special situations, like weddings, can also help improve the problem.

That said, if the issue has evolved into an alcohol use disorder, seeking out professional treatment is the best way to overcome the problem. There are a number of alcohol and drug treatment centers across the country to help you overcome whatever substance abuse problem that you may be struggling with.