Sex education sure has changed since I was a little boy. When I was younger sex education was taught in the classroom. We learned about how sex worked and what the consequences of sex were. Consequences, that sometimes included pregnancy. 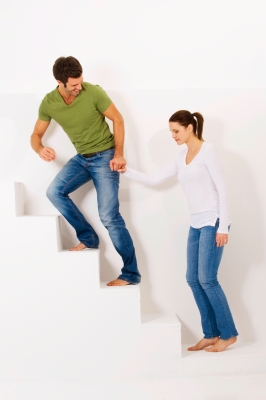 What most people don’t realize is that you can get pregnant at most times during the month, unless you exercise precautions. Precautions that include birth control pills and condoms. But even those are not 100% effective. Many women think that if they are in their ovulation period, that is when the are most susceptible. But this is simply not true.

So much has changed since I was little. The sex education classes are all but gone from the schools. And people are having kids left and right. It seems that being pregnant and having kids is the new status symbol. You aren’t cool unless you have a baby. It’s so evident in reality shows like Teen Mom and Teen Mom 2. Now I am not one for reality shows, in fact, I detest them. But are these shows the new education? Are these shows trying to tell us something we are just not picking up on? Are shows like Teen Mom actually a blessing or an even bigger curse?

The one thing I will admit about these shows is that they rarely show how easy going life is when you have a baby. When you have a baby most think of it as sunshine and roses. But with shows like Teen Mom they are actually depicting the hardships. I have seen a few clips during commercial breaks and they show how difficult relationships can be when a baby gets involved. During the one clip the guy actually said “If this baby weren’t here, you and I would not be together.” Now that is a sobering realization, isn’t it?

So what do some of the experts say?

Well some of them have said that it does glorify teen pregnancies in a big way. In fact, one educator said that although it depicts the hardships, it provides a less than resourceful way of preventing the pregnancies from happening. Some experts have said that it only serves to encourage other teens to enjoy the party.  Still, others have said that because of the show, the statistics have gone down. But no matter what side of the fence you fall on, shows like 16 and Pregnant and Teen Mom do have a powerful affect on our society.

The reality of reality television.

Kids today gravitate toward reality television. They believe them. Unfortunately, the line between fantasy and reality has been blurred. The more reality shows get glorified, the more others will be attracted to them. These shows are no different. Many producers feel that if they have a niche to draw people in, than the education will work. But at what cost are we trying to educate our kids? When I was younger, sex education classes were enough for guys to “keep it in their pants”.  All they had to do was look at the footage of a baby being born and that was enough for the guys to “zip up” and stay “zipped up”.  But now things have changed. Now our society is about seeking the fame and doing anything to get it, even having a baby.

So whether you believe that these shows are actually hindering or helping the sex education cause, that is strictly up to you. But at what cost will our viewers get educated on having a baby? Will it be enough to stop them from doing something foolish? Or is it just the beginning of a franchise, where the baby is viewed only as a product and nothing more?