The notion of amateurism has been a highly debated topic within collegiate sports over the past few years.

As a governing organization the National Collegiate Athletic Association (NCAA) has placed a large emphasis on maintaining the intrinsic love of sport among collegiate athletes while entirely depriving their equity beyond “necessary expenses.” which tends to be an unclear term. 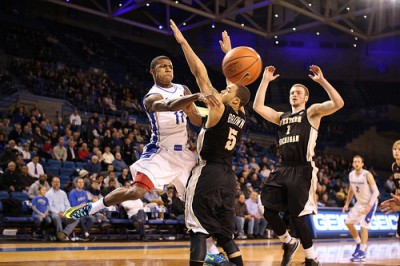 Ed O’Bannon vs. NCAA could change the landscape of college sport while redefining amateurism.

Yet the athlete does not receive a penny beyond their scholarships.

Under current standards, admission to school is entirely contingent upon athletes signing a waiver that relinquishes all rights to their likeness in any way. If they refuse?

Athletes will not be admitted to college and their scholarship will land in the lap of another.

This has essentially muted the voice of the student-athlete.

Ed O’Bannon vs. NCAA seeks to change the entire landscape for past, present, and future college athletes.

Seeking $3.2 billion in damanges from 2005-2011, O’Bannon along with 20 former and curren NCAA football and men’s basketball players are seeking to end the rule of the NCAA that prevents athletes from profiting from their name and image. This includes profit from all television broadcasts and any sales affiliated with collegiate sport.

So what exactly is at stake with O’Bannon vs. NCAA?

If successful, the NCAA could face an injunction with numerous possible outcomes including:

The potential payment of student athletes creates an entirely new debate regarding the definition of amateurism. 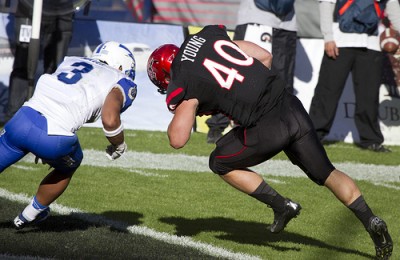 College Athletes Could Potentially Earn Revenue For Their Likeness.

The NCAA argues that integrating athletics and academic could potentially be damaged if television revenue were to be split among athletes.

This would open up an entire can of worms that would trickle on to the grounds of Title IX while additionally affecting athlete support services, participation opportunities, and many other variables that would inevitably be determined through multiple trials over time.

The testimony from Linzner could prove to be most compelling, as EA Sport’s willingness to pay athletes for the rights to their names proves that their is a market for the athletes.

Regardless of the outcome, this case serves as a milestone for intercollegiate athletics and all past, present, and future athletes.

Though any outcome is sure to be appealed, this case will set the precedent for all future rulings and decisions when it comes to paying athletes.

Do you think athletes should be paid? Be sure to let us know!