College Athletics Faces A Crossroads According to Big 12 Commissioner 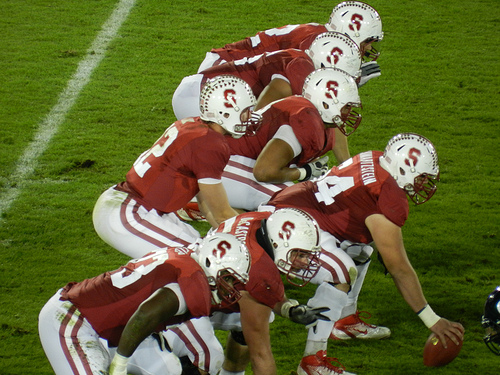 With Big 12 media days kicking off on Monday, the focus seems to be on the future of college athletics more so than the upcoming football season. With schools jumping from conference to conference to pursue the opportunity to maximize television revenue while expanding their fan bases, ongoing lawsuits regarding player likeness in video games, and the hot button issue as to whether or not student athletes deserve to be paid for their on field services, college athletics is in a state of turmoil that it has not seen in quite some time, if ever.

In kicking off the conference, Big 12 Conference commissioner Bob Bowlsby alluded to the bleak future of college athletics.

We certainly are operating in a strange environment. I expect to be in court most of the rest of my career. I’ve gone through whole meetings recently where we never spent any time talking about sports. I don’t think that’s what I signed up for.

This statement alone shows the shifting focus and responsibility of athletic directors and commissioners nationwide, as universities continue to face allegations of paying players to agree to attend their school in addition to the aforementioned issues.

The line of trend between the expenses and the revenue are going to cross in a negative way in the not too distant future. The revenues from NCAA television packages mostly is going up about two and a half percent a year and expenses are going up about four and a half percent a year […] There is change afoot and some of it is going to be unhappy change because I think it will ultimately reduce the number of opportunities for young people to go to college and participate in sports. I think that’s an unfortunate byproduct of the lawsuits that are out there right now. I think over a period of time what we’ll find is that instead of keeping a tennis program, they’re going to do the things that it takes to keep the football and men’s and women’s basketball programs strong.

Despite portraying an ominous picture, the Big 12 commissioner still remains optimistic about the future of intercollegiate athletics.

Starting a Business Straight Out of College