Myths About Men: What They Want You To Believe

There are so many women who happen to be misinformed about what men really do want. It doesn’t matter whether the guy is single, married or in some sort of committed relationship, there are so many rumors out there, that it’s hard to believe what is true and what is not. So many women and gay men buy into these myths and believe the misconceptions.

That is when they get hurt.

The bigger the myth, the harder we fall.

Now of course there are exceptions to every rule and not every guy out there is like this. But for the most part, these myths are just that… myths.

One of the first myths that so many women believe about men is that he will not respect you if you have sex on the first date. 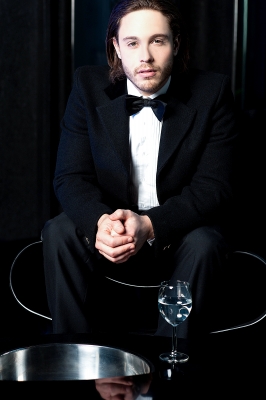 We debunk myths about men | Free Digital Photo by stockimages

Here is the truth. It won’t matter when you get to the bedroom, if you are looking for respect, then sex is not the way to achieve it. Please ladies, don’t play the fool here. You have to make an informed decision based on what YOU want…not what HE wants or THINKS.

If you do this, you will be setting yourself up for so major disappointments. Remember each person and situation is different, but you need to be true to yourself. Don’t look for him to equate your virtue.

This is complete and utter nonsense. There are many straight guys out there who have women friends. Have they thought about going to bed with them a few times….absolutely, I mean it’s only natural. But straight guys are capable of being just friends with a woman. I don’t care what the television shows or movies tell you. I have known plenty of straight guys in my life. All of them have had women friends that they didn’t want to sleep with and women friends that they had thought about going to bed with. Just remember this: It doesn’t mean that it happened. Just because the fantasy is there, doesn’t mean they need to act upon it.

That goes for us gay guys, too. There are a lot of attractive guys out there that I know. With some, have I had the fantasy? Absolutely. Yes.

Just because the car is there, doesn’t mean we feel the need to take it for a spin!

Are guys really intimidated by powerful and independent women? Truth be told, some are and some aren’t, it all depends. But if a guy does have a hang-up about this, it  has less to do with the person he is with. Forgive me for saying it this way ladies, but it’s a “guy thing” — nothing more.

For guys it’s about the ego and how they are perceived. And they are more worried about being judged for what others may think of them, then they are about your success. So don’t ever assume that it’s you, because it’s not. And listen, the same thing happens in the gay community.  I know other gay men that get so intimidated by how they are perceived, that it affects everything they do. They are that self-conscious.  There is nothing you can do about it. It’s something they have to fix, not you.

Now these are just some of the myths, there are plenty more. But my point is that if you take the myths a part and see them for what they really are myths then you will look at the guy you are with in a whole new light.

It may even bring more harmony and balance and less chaos and anxiety. Remember, don’t judge a man by his cover. Because many times what appears on the surface won’t cover the pages on the inside.