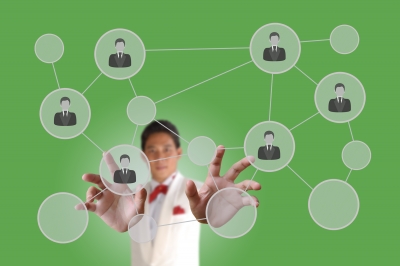 Do you use guy code?
Free Digital Photos

We all know girls have a code that they use.

Well, guys have a similar code that they follow.

If you are a girl or a gay man, you will want to familiarize yourself with this code. Otherwise you will be left in the dark when it comes to figuring out what your guy is trying to tell you. You need to learn some of the guy code that your boyfriend sends out.

When it comes to your friends you may seem to think that he has to know everything about them. You also may have this overwhelming urge to have him like them, just as you do.

Remember this: Your guy doesn’t need to like your friends, he just needs to get along with them.

A lot of women go out of their way to make their guy like their friends. Don’t fall into this trap. He may appreciate them to a certain degree, but remember one thing: He’s not dating them, he is dating YOU.

If your friends go out of their way to sabotage the relationship, than that will be a different story. A guy will file away everything that you tell him. He will not use it unless he has to. This is another reason why he doesn’t necessarily need “like them.” He probably already knows way to much about them to begin with.

What about when he checks out other people or when he gets hit on. Okay first let me just say that this is a common complaint. And I know that many of you will lean towards  the “Go ahead and check him/her out, I know you want to.”

So what if your guy gets hit on?

It just proves that you have good taste. Controlling the situation is not going to help matters. In fact, it could do more harm than good. As long as he is not the one doing the “hitting on” and he is not checking out some other person in a vile and non-respectful manner, I say what is the big deal?

So he notices other people. It would be a pretty unnatural thing to do if he didn’t. Take a look at his behavior the next time it happens, remove your emotions altogether (which is a very difficult thing to do– trust me.) Don’t just assume the worst. Unless he is a complete jerk and makes out with the person right in front of you. he may not even care, one way or the other. Many guys are flattered by the attention, but they don’t go out of their way to invite it into their living room.

Many times ladies, this is something that we create in our own heads. So unless he is kissing the person or  having sex with the person right before your eyes, I say chill out. Because if you don’t, it will be your problem… not his.

Ladies and my fellow gay men, I hate to say this, but guys look, be they gay or straight, guys look. It’s a part of who they are. You will never be able to change that. All you have to keep in the back of your head is that he is with you and no one else. That is all that matters.

Unless he is giving you a reason to worry, I say leave it alone.