College Dating Rules: What Is Your Man Really Telling You? 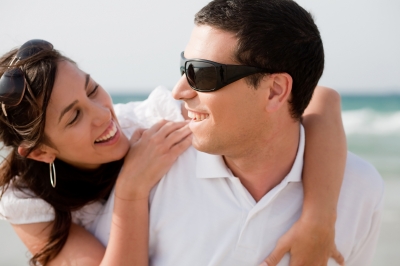 Do you have dating rules to live by?
Free Digital Photos | By photostock.

Many women feel as though they don’t understand men or what they are trying to say. I can relate to this. It doesn’t matter whether the guy is gay or straight, men are difficult to reach. Most of them are very simplistic and don’t overthink things. Which can make them even more difficult to understand.

Many of us tend to overthink things.

I am as guilty as the next person for doing this. This tends to place more of a difficulty on trying to read the men we are with.

I don’t say that to put men down. I’m just staying this is bow some of them really work.

When there becomes a conflict between you two, often times it becomes more difficult to resolve. One will overthink things and the other will keep it simple.

Dating advice to live by: What can you do?

Well, try to keep things on a simple level and look at what he is trying to tell you. He could be sending you some very good signs, but because you overthink it, it will be overlooked.

Just because he is nice, doesn’t mean he is being a pushover.

This is a common misconception. Many women and some gay men feel that because their boyfriend doesn’t go to bat right away, he is letting the person he is with down.

Don’t assume the worst. He may be so confident in who he is and the two of you, he doesn’t feel the need to go out of his way to prove it. It takes a strong person to do that.

And besides, what is so wrong with having a “nice guy” by our side. We always complain that we want a “nice guy” and then when we get one, we find a reason to “dump him.”

I hate to say this, but we need to make up our minds on this. I actually adore the nice guys. I guess some women go for the “nice guy” first, but then gravitate to the “dangerous guys” next.  I guess the dangerous guy brings an element of heat and danger that the nice guy doesn’t bring. But this is also a sign that the person hasn’t grown up yet. So many cling to the danger guy because they don’t want to grow up.

So if your guy is nice, don’t discount him.

You may be throwing away a good thing.

What if he is sending you mixed signals. This is not about you it’s about him.

A real man will know what he wants and he will go after it, gay or straight. The important thing is to keep him locked and figure out what the two of you want and like together. This could take some time, so you will need to be patient. With the mixed signals, he likes what he sees, but he’s not so sure of his own identity just yet.

Should you steer clear?

If it works out, than that is a bonus. If not, than you will have learned something in the process and grown as a person too. If it’s the right guy, than it will happen when it’s meant to. If he is not the right guy, than look at it as an experience and move on.

The right guy is out there for all of us. Let go and enjoy the ride.

Trust me, he will find you!