The Effects a Masters Degree Would Have on Your Income 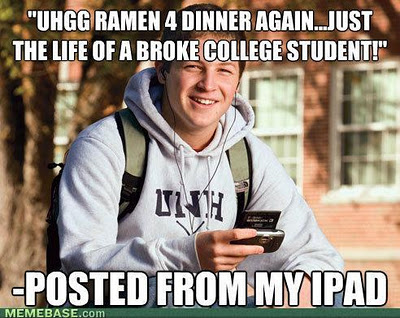 It is a fact that when the economy goes south, enrollment rates at graduate school go up as many feel the exposure to MA and MS curriculums will increase their marketability. Higher education has traditionally been a financial hedge against recession, giving professionals of all ages the skills and training they need to get a leg up on the stiffer competition.

According to the New York Times, applications to graduate school rose more than 8% after financial disaster struck in 2008, and has been steadily increasing ever since. Will all those graduates touting higher degrees really get their money’s worth of their additional education in the long run? In order to assess this, as well as the net value of an advanced degree, a thorough analysis of all factors is in order.

The Cost of a Masters Degree
The price of a master’s degree varies considerably based on how many credit hours are required, the field of study and the school selected. Most graduate degrees cost anywhere from $10,000 to $30,000, with online masters programs often costing less overall and bringing the same rate of return on the long term investment. More than half of all students graduating from a master’s program will do so with around $31,000 in debt, according to the aforementioned New York Times article.

Salaries of Graduates
While the cost of a quality master’s degree can be high, the return on investment (ROI) must take into consideration the expected average salary increase for those with a graduate degree, as well. The Wall Street Journal reported in 2010 that a full-time worker with just a high school diploma could earn an average annual salary of $31,500. Compare that to a bachelor’s degree earner who could earn an average of $50,900 per year, and a person with a master’s degree who could expect to earn $61,3000.

The report went on to show that those who earned master’s degrees also tended to earn a higher income over many years in the workforce. For example, people with master’s degrees between the ages of 25 and 64 typically earned 93% more than high school graduates over a career spanning 40 years. They would also earn 20% more than those holding bachelor’s degrees over the same time frame.

Type of Degree Matters
U.S. News and World Report also cited results of a study by the Georgetown Center on Education and the Workforce that showed median income levels of those with graduate degrees was an average of 38.3% higher than those with a bachelor’s degree in the same field. The study explored 15 different fields of study, and found that the income difference varied greatly between fields. Those earning a master’s degree in biology might earn 70% more, while a graduate degree in journalism might only net 19% more.

Does a master’s degree offer a decent ROI for those considering additional education? Despite the high costs of advanced degrees, the general answer would be “yes,” especially over the long term. For those who think of higher education as an investment to span a full 40-year career, there is no doubt that a graduate degree offers a decent – and even stellar in some fields – average return for the education dollar.