The death toll for the magnitude 9.0 earthquake that triggered Japan tsunamis and resulted in a damaged nuclear plant has topped 10,000 lives.

Japan claims their waters are safe enough for babies after a radiation spike that left the waters undrinkable. Despite that, 12 types of vegetables have been deemed unhealthy to consume.

Only weeks after the earthquake in Japan, a magnitude 6.8 earthquake has hit Myanmar.

A day after a bomb in Jerusalem killed a woman and wounded 50, eleven rockets were launched into the city from the Ghaza.

Exercising or having sex just about triples a person’s risk of heart attack in the hours immediately afterward, especially if the person does those activities infrequently, according to a new analysis.

After sleeping for only four hours, people tend to eat more calories on the following day than when they get a good night’s sleep, a study found. Women consumed an average of 329 more calories when sleep deprived than when well rested and men consumed just 263 more.

Legendary actress Elizabeth Taylor died at the age of 79 on Wednesday and was laid to rest on Thursday.

Russel Brand talks about his “epic promiscuity” prior to meeting popstar Katy Perry!

Chris Brown apologizes after throwing a tantrum back stage after a Good Morning America interview.

Renee Zellweger and Bradley Cooper break up; US Magazine cites career as the cause. 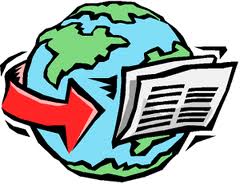