Telling a Friend Their Partner SUCKS

I was recently placed in an awful predicament that can only fairly be seen as the worst “friend scenario” in the world: I had to tell my friend I hated her boyfriend.

Advice columns, relationship experts and well wishers alike would agree that in this scenario, it’s best to shut your trap and keep your feelings to yourself.

But what do you do in this situation? Do you risk your friendship and tell your friend your true feelings or do you stay quiet and let your friend engage in what could be the worst mistake of their life? 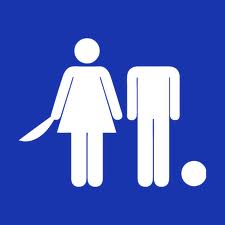 I chose the former–a risky decision, without a doubt–and more importantly, I got away with it! My friend wasn’t mad and actually took my advice into consideration.

Take a look below at 5 tips on how to tell a friend their significant other is not right for them. Remember, the best time to share your concerns is when he/she is already upset, concerned or angry.

1. Never be too assertive, or assertive at all.

It’s easy to get worked up over a friend’s horrible boyfriend/girlfriend, but it’s imperative not to! In the end of the day, it’s your friend’s life and their decision. If you are too assertive it will just seem like you’re jealous or that you are carrying some sort of a grudge.

Realistically, the odds that your friend will heed your advice are slim. Instead of mouthing off on his/her boy/girlfriend and potentially making any future encounters awkward, try to word things constructively.

Example: Try “well, I just don’t think he is as refined as the guys you typically go for” instead of “I think he’s a mixed breed between a baboon and a Neanderthal on a good day.”

Sounding unsure makes what you say less threatening. Your friend won’t see you as attacking the alleged love of his/her life, but will rather see you as confused. Most likely they’ll try to convince you that you’re wrong–and who knows, maybe you are!

Example: “Well, I don’t know..sometimes…I think she can be really controlling and manipulative. You know, like the time she made you skip your exam to drive her to the mall. But then again, she can be really nice to you. Eh, it’s confusing.”

4. Always build up your friend whilst destructing their significant other

It’ll be hard for your friend to hate you when you’re giving him/her compliments. Always make it seem like he/she is too good for their girlfriend/boyfriend.

Example: “Well, it’s not that he’s a bad guy, it’s just that you’re REALLY nice so I always thought you would date someone as nice as you. You can definitely find someone better than a guy who cheats on you with girls he finds on Craigslist.”

5. Ask them what they think/feel–make it seem like it’s their idea, not yours.

Asking continuous questions is a great way to gauge your success rate and where your friend stands.

If your friend is absolutely appalled by what you’re saying–then it’s time to back off!

Asking them for their opinion makes it seem as if you’re trying to see another side to their relationship and therefore, makes your conversation a lot less threatening.

Example: “I think I’d be disturbed if she’s looking into your family history already for mental illnesses–but maybe that’s just me. Are you okay with it? It doesn’t bother you that you’ve only been together for 6 months and she’s doing weird stuff like this?”

It can be argued that the 5 tips above are deceiving, but in this case, that’s what it takes. If you want to address your concerns regarding a friends relationship and don’t want to jeopardize your friendship, this is the way to go!