Looks like whoever coined the term “heartbreak” was decades (if not centuries) ahead of the game.

Familiar with the pain and agony of a breakup or being dumped? The emotional turmoil may leave no visible scars, but it leaves even the most rational people jaded and hurt.

Well, science has just proven that to our brain, heartbreak is just as painful as a burn! 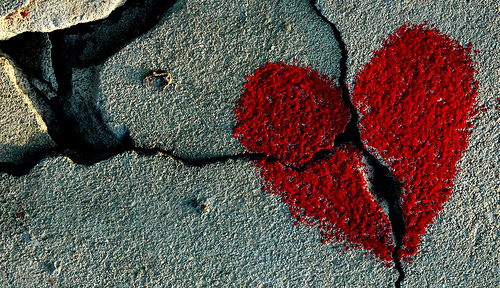 A study conducted at the University of Michigan found that the same brain networks are activated when you’re burned by hot coffee or scorned by a lover.

Ethan Kross, and his colleagues, recruited 21 women and 19 men who had all been dumped by a romantic partner within the previous six months.

The brave volunteers went under two fMRI scans: The first placed a heat source similar to holding a hot cup of coffee without the sleeve and the second involved looking at photos of their partner who dumped them. The study concluded that the same regions of the brain that display physical pain were also showing activity from the pictures of old flames.
These findings are groundbreaking for many scientific reasons including the fact that they prove that physical and emotional pain can be one of the same.

Too bad there’s no ointment for a broken heart!

Of course there is always the best medicine for a broken heart: treating yourself to an awesome vacation! Check out Sandals Resort

for the most affordable, paradise vacations!