More Dorm Stories For Your Enjoyment!

So last week we all got to read a few tales of the crazy dorm experiences myself and another friend of mine went through…but there’s more.

You thought it was over? Ha. Silly you.

Here are some more stories about crazy, fun, and embarrassing dorm experiences from two guys who were willing to share their stories with you. If you weren’t sure of what to expect in college, you may have a better idea after reading these stories. 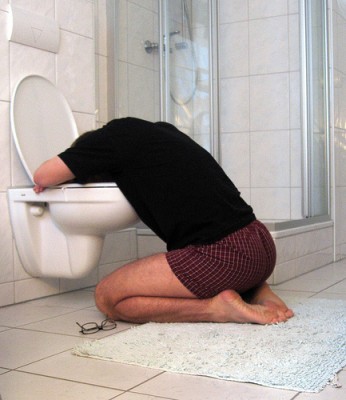 “The school I went to freshmen year had Co-ed dorms. One night I went to a frat party with a dorm mate of mine and we got really really, really drunk.

It was so bad that we both had to stagger back to the dorms through alleys to keep from getting arrested. When we got back [to the dorms] some girls from the floor above us invited us up to watch movies and ‘chill’.

About 30 minutes into the movie, I started to feeling sick and left the party to throw up, but before I could make it to the toilet, I threw up all over the door, on the floor, and in the sink.

I walked back to my room to clean myself up only to find that I had locked myself out, lost my keys and couldn’t remember what the girls’ room number was (which unfortunately was where I had left my keys).

While searching for the room, I walked past the bathroom again and some girls were outside of the door I had just puked on talking about how they couldn’t believe that someone would do something like that. As I walked by, I nonchalantly said, ‘dang that’s messed up’ and kept on walking.

I still couldn’t find my keys and started feeling sick again so I went to the bathroom on my floor ad passed out in a stall. In the morning, I woke up and made it back to my room and passed out again on the floor outside my door. The RA on duty that night woke me up asking if I was okay.

I answered, ‘yeah I just locked myself out’. He just shook his head and went to get the keys to let me in my room.”

“A while ago, my roommates tried to have a party in our dorm room, but I had a big exam coming up so I told them that they couldn’t. They were pretty cool about it and moved the party down the hall so I wouldn’t be distracted.

I thought that it would be okay since the party was all the way down the hall because the walls were pretty thick, but I could still hear all of the music and commotion so I decided to just go upstairs to a friend’s room to study. I was up there for a couple of hours and finally went back to my room a little after midnight.

I didn’t hear any more music or other noises, so I figured the party was over and got into bed and fell asleep. Maybe an hour after, that I woke up to some really loud screams, so loud it sounded like somebody was getting murdered. The covers were over my head but I could definitely tell the noises were coming from my roommate’s side of the room.

I was freaked out so I called downstairs to the RA office and told them that I think my roommate was being attacked. I jumped out of bed to try to be heroic and save him but when I ran over to his side I realized what was going on. He wasn’t being murdered… he was getting it on with some girl he met at the party.

By the time I noticed what was REALLY happening, my two RA’s and the night guard had already opened the door to my room and embarrassed the heck out of the random girl and my roommate.

Needless to say, my roommates never invited me to any more parties.”