Growing up, I was guided by two parents who gave me conflicting information: My mom always told me first impressions are the lasting impressions and my dad told me that appearance and what you “seem” to be is irrelevant–who you actually are is what counts.

But which parent was right? According to scientists, my mom DEFINITELY knew what she was talking about!

Studies suggest that the first few minutes after meeting someone plays a significant role in determining the relationship. 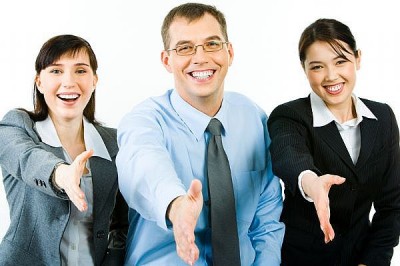 The study paired students with another student of the same sex, asked each student to introduce themselves and talk for either 3, 6 or 10 minutes in a classroom setting.

The study found that students who were more positive and optimistic about the course of the relationship had the strongest friendship and sat closer with their partners in class–irregardless of whether they spoke for 3, 6 or 10 minutes.

“That tells you things are happening very quickly,” says researcher Artemio Ramirez. “People are making snap judgments about what kind of relationship they want with the person they just met.”

The most significant judgment is the negative assessment in which the person see’s no future friendship. The researchers believe this is because upon seeing no potential friendship, one student backs off, does not make enough of an effort, and sends signals to the second student that he/she is not interested in any type of connection/relationship.

Neuroscientists at New York University and Harvard University have identified the neural systems involved in forming first impressions and found that we ENCODE social information and then EVALUATE it in making these initial judgments.

The study revealed that we use our amygdala and our posterior cingulate cortex (PCC) in creating a quick first impression. The amygdala is responsible for emotional learning and makes social evaluations based on trust, previous experiences and race. The PCC has been linked to the process of economic decision-making and assigning value to rewards.

Why should you care?

Because as a college student (or as a person of any age), you come across numerous scenarios in which you need to make a positive and memorable first impression: job and internship interviews, grad school interviews, dating new people, making new friends, meeting with teachers/TA’s, etc.

Consider this: In a face-to-face encounter, 93% of judgment is grounded in non-verbal cues including your physical appearance and body language; the remaining 7% is based on what you actually say.

But if you think that being charismatic and engaging is all you need, think again! I think both of my parents had it right in their own ways. A first impression is obviously important, but if you have no substance to back yourself up, a first impression will just be a FAUX impression.