Many people believe that while attending a university, they are going to find the love of their life and eventually marry that person.

But what if it doesn’t turn out that way? College is a perfect place to meet new people, mingle and even date. But when you graduate, do you have the same chance of finding Mr. or Mrs. Right?

Adam Jones, a spring 2008 graduate of Florida State University, has been a graduate for almost three years now. He says that meeting people is easy, but meeting a good, stable person is hard:

“It is very easy to meet people out here in the ‘real world’ now that I’ve graduated and moved away. It’s just hard to meet people that: don’t have kids, have jobs, or have anything in common with me whatsoever.”

If you’re sociable and like to go out, it’s easy to meet people in college. A university gives you a ton of opportunity to get out there and find friends or dates. 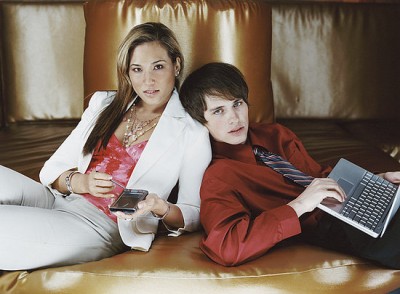 It’s also easier to keep in contact with the people you meet in college because you have the opportunity to see them again in class, at a party, in the dorm or maybe through a mutual friend.

Graduating and getting into the real world makes it harder to run into someone more than once unless you are actively seeing someone.

Tamara Angcos, a 2009 graduate from Florida A&M University, has similar views as Adam Jones, but also offers a new take on the situation:

“It’s rare that I meet new people now. If I do meet someone new, it’s probably at a club which is the worst place to try and mingle. I don’t feel that it is harder for people to find a significant other after graduating from college because a person is more in tune with themselves and they know what they want after going through the college experience of ‘finding yourself’.”

There are plenty of people who graduate from college either married or with someone who they plan on marrying in the long run, but graduating single does not necessarily mean that you won’t find love later on in your life.

Upon graduation, you are still very young and are still working on figuring yourself out so spending some time alone with yourself to grow up may not be the worst thing in the world. When you finally are ready to meet someone, the time will come and it will happen naturally.

There are still plenty of ways to meet someone before as well as after the end of your college career. But stay focused because in the end, the reward is a degree, not a soul mate.