If you would have asked me a month ago, or even a week ago, I would have insisted that Facebook is NOT a good tool for deciphering a person’s true nature and personality.

I can speak from personal experience as well: my default picture is my name written in sand (obviously not an accurate depiction of my face) and my favorite movies/music/books/quotes haven’t been updated in over five years.

So can a person really get an accurate idea of who I REALLY am from my Facebook page?

A recent study claims so! Researchers found people are more likely to show their real personality on sites like Facebook as opposed to their idealized personalities. 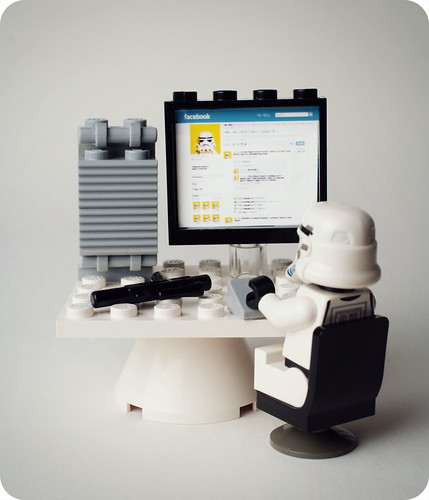 Psychologists recruited American and German students who use social networking sites and had them complete personality exams to determine their “Big 5″ traits–extroversion, agreeableness, conscientiousness, neuroticism and openness to new experiences–as well as their idealized personalities (read: who they would like to be).

Separate subjects were asked to look at profiles and rate a given participants personality. The results from the initial personality exams were compared to the Facebook profile ratings and both were surprisingly accurate and on-point.

But don’t think Facebook will tell you everything about a person: the study also found that neuroticism is difficult to identify from an online profile alone!

So if you are one of those people who judges a person by their profile, judge away!

But keep in mind: Employers may be judging you if your privacy settings are not up to par!