Everyone and their mother know that cigarettes can kill you. They also know that second hand smoking can cause health problems as well. But the latest surgeon general’s report reveals that it only takes one cigarette to cause your death–so you don’t have to be a chronic smoker to suffer the consequences of smoking. 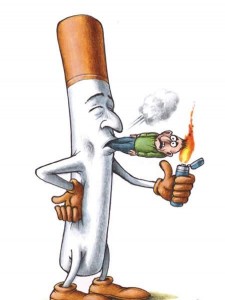 Surgeon General Regina Benjamin stated that “one puff on that cigarette could be the one that causes your heart attack.”

Even though the rate of smoking has decreased significantly since the first surgeon general’s report that declared tobacco deadly in 1964, tobacco-caused illnesses claim an estimated 443,000 American lives each year. One in five adults still smoke and tens of millions are regularly exposed to secondhand smoke.

The report reveals there is NO safe level of exposure to cigarette smoke. 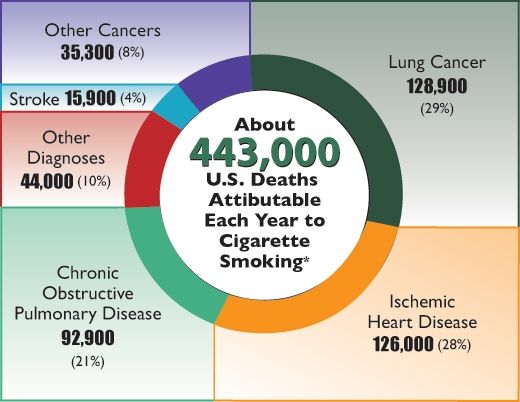 The recent discovery that has revealed the dangers of a single cigarette is the effects they have on the human heart–one cigarette can cause a stroke in a slightly clogged artery, damages blood vessels, makes blood stickier and narrows arteries.

More than 7,000 chemicals in each puff rapidly spread through the body to cause cellular damage in nearly every organ.

When the town of Pueblo, Colorado banned smoking in public places, the number of cases for heart diseases in hospitals decreased by 41 percent.