For nearly 9 years, Alicia Keys has fought her way to the top by being a woman of complete distinction. Growing in every album that she releases, she earned her record sales by exemplifying the true passion behind the creation of music and allowing it not to define her. In an interview she had, Oprah said that Alicia Keys is one of the few people who didn’t let fame change her. 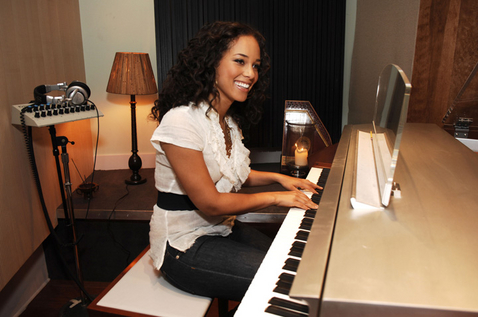 In the years of her activity, she has used her high social status to change the life of others. Creating an organization called Keep A Child Alive that raises the funds to assist countries like Africa and India in getting the medication to treat HIV/AIDS. A couple weeks ago, in the fight to fundraise $1 million, Alicia Keys along with several other celebrities digitally killed themselves. Meaning, they were to stay away from all means of social media (Facebook, twitter, blogging, etc) until the public raised $1 million. A powerful message that crossed the nations because in 7 days, Alicia Keys, Lady Gaga, Kim Kardashian, Swizz Beats, Usher and many more were brought back to life.

According to Dallas News, Alicia Keys shared with them 5 interesting facts about herself:

1 – She adopted her signature braids at 13, when she discovered that it got her through humid New York City summers.

2 – She features rappers as her love interests in her music videos: Common (“Like You’ll Never See Me Again”), Method Man (“If I Ain’t Got You”) and Mos Def (“You Don’t Know My Name”).

3 – “I’m happy that I’m not super skinny,” Ms. Keys told Ebony in 2004. “Sometimes I’ve gotten photographs back, and people have literally shaven off pieces of me, and I tell them to put it back.”

4 – While on the road, she carries “a cute pink bunny. It reminds me that not everything is so serious,” she told InStyle.

5 – Bob Dylan mentions Ms. Keys in his song “Thunder on the Mountain”: “I was thinking about Alicia Keys/Couldn’t keep from crying/When she was born in Hell’s Kitchen, I was living down the line/I’m wondering where in the world Alicia Keys could be?”

And now, added to her journey of life is motherhood. She recently gave birth to a baby boy named Egypt and she expressed her gratitude on her website, aliciakeys.com, by stating that life is beautiful and being able to share it is a blessing.