Yes, whether we like to believe it or not, women cheat, too! Their is a massive double standard because society literally claims that men are the only ones out there capable of breaking someones heart. But guess what, people? That’s wrong! 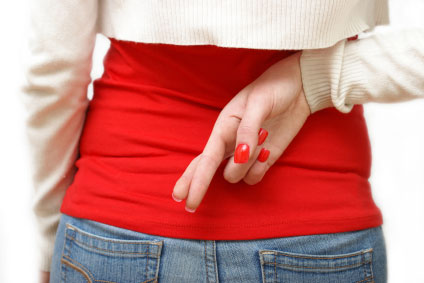 There are 10 common reasons why women cheat:

This just simply comes with the territory. When someone is hurt and angry, they seek revenge in hopes of making their partner feel the same amount of pain that they once felt. Do two wrongs make a right? Of course not! But women all over the world do it.

This is for the women who are afraid to speak their mind, so they look for other solutions in order to speak for them. In this case, it’s cheating. Although it doesn’t appear to be such a  great outlet from the outside, to them it makes perfect sense. Why? Because they won’t have to talk. They won’t have to explain themselves. The cheating will speak for them and their partner will do exactly what they want: leave.

Yes, women get bored in bed more often than not because the truth is, only 30% of women actually reach orgasim during sex. So is her solution to keep it moving until she is in that 30%? Maybe.

Because women are such emotional creatures, they enjoy the connection; the communication; the intimacy. And if their is a serious lack in that…then it creates a serious problem.

5. Feeling neglect, ignored, or under appreciated

The biggest fear for many women is the idea of not being appreciated by their boyfriend/husband. Not being pretty anymore, looking too fat, cooking and cleaning and getting no recognition. If she feels like her work is in vain, she will begin searching for someone who will actually care that she picks up the socks every night before bed.

Like I said before, women love the intimacy in a relationship. And that has to do with more than just sex. A simple conversation can be intimate, siting down to watch a movie together or cooking together can all be intimate. If his efforts aren’t shown, she will feel abandoned and alone in the relationship. Who wants to feel alone when in love?

7. Payback for past wrongs

Of course it sounds ignorant. But it’s true in the lives of many. Some women do not know how to separate past relationships from those in the present and this can lead her to thinking every man needs to pay for the wrong that has been done to her.

Ohhh, here we have the thrill seeker. The one who literally has no method behind her madness…she just wants to have fun.

The lack of self esteem is very damaging in the lives of many women. It is not uncommon for many women to feel extremely insecure and this can lead to feelings of unhappiness/dissatisfaction. These emotions force them to look for love in many different places, usually blind to the very person who loves them.

Is their a such thing as sex-a-holic? Yes.

In love, peace and happiness