Well, the new year is right around the corner and I’ve decided to stick to my guns. 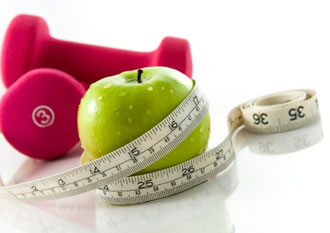 For the year 2011, I’ve decided to commit to living a healthy lifestyle.

As a victim of pancreatitis, I’ll admit, I haven’t been living the healthiest lifestyle since I’ve started my college career back in 2007.

Realizing that I’m not getting any younger and that pancreatitis is a very serious disease that can turn from bad to worst at any time, I’ve taken the liberty to research healthy lifestyles for someone in my condition.

Pancreatitis is when the pancreas (a gland organ) inflates or expands. The pancreas is an organ that helps the digestive system and if damaged, it causes abdominal pain.

Don’t Freak Out Over the Word ‘Diet’ !

When a lot of people hear the word diet, they begin to freak out, associating the word with people who are obese (I used to make the same mistake). Diet just means the types of foods someone habitually eats.

For someone with Pancreatitis, I found some specific healthy food choices Nutra Legacy recommends:

– Yogurt: Probiotics are live bacteria that exist in yogurt that can help the digestive system.

– Vegetable Soup: this should be made with tomato broth for its antioxidants.

– Spinach: this can be eaten as a salad or a side dish

– Red Wine or Grapes: red wine also contains antioxidants, but if wine irritates the pancreas because of the alcohol, eat red grapes instead.

The Pancreatitis Diet Should Be LOW in Fat.

Other foods that are beneficial include oatmeal, spaghetti, whole grain breads, oats, fruits, vegetables, brown rice, baked potatoes, and soy products. Pretty much healthy foods, with a lot of carbs.

Sacrifices MUST be made.

With the harmful foods cut out of my diet, it’ll be easier to commit to exercising. Also, the intake of Vitamins A, C, and E, as well as Vitamin B12, is vital.

So, hopefully, for the sake of obtaining a healthier mind, body and soul, I’ll be able to stick to my New Year’s resolution.