How To Avoid Being the Third Wheel

There’s nothing more awkward than being the third wheel. You can try and avoid it all you want, but sometimes it’s just happens.

In my case, it would mostly be making plans with a friend and out of the blue she asks, “hey, I’ve invited Joe along–Is that okay?”

She’s ALREADY invited him so I can’t say no, and even if she would have asked before, I probably wouldn’t have been able to say no. Follow these tips on how to avoid awkwardness and being the third wheel in a twosome! 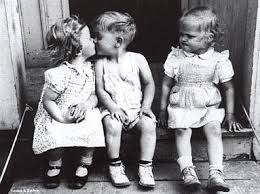 1. Invite Along a Platonic Friend

If your friend has added her +1 to the guest list, you do the same! It’s not rude or out of place because she initiated the invite.

Make sure to word it casually (e.g. “hey I mentioned to my friend that we’re going to see a movie and she really wants to join–just wanted to let you know :)” as opposed to “so, I finally found someone who is willing to join us so that I don’t feel left out with you and your boy/girlfriend”).

Inviting along another friend can make the group dynamic awkward because the 4-some is an intimate number of friends, yet too many people don’t know each other.

Combat this by just inviting 4-5 friends along. Don’t feel bad–it’s not like your friend was hoping for one-on-one time with you!

If you make plans or have a feeling a plan you’re making may be crashed by a friend’s significant other, then make sure to indirectly specify that it’s just for the two of you.

A great way would be to say, “hey, wanna go out for drinks and dinner and make a girls-night-out of it?” or “yes, I’m free. Man, I’m relieved to spend an evening with a friend without girls and their drama.”

If you’ve consented or are being invited to be a third wheel, then gracefully back out.

Avoid mentioning that YOU feel weird and emphasize that you want to give the couple space. Try a line like, “you know what,  why don’t you two go ahead. I would hate to ruin your day out. We can always meet up next week 🙂 . ”

Warning: This one can fail if you’ve already consented. Most friend’s would never take up on this offer an insist that you join them regardless.

5. Talk to your friend

If you find yourself always stuck in a third wheel position, try talking to your friend.

Keep it simple like, “hey I can’t help but feel like I’m invading your one-on-one time with your boy/girlfriend so how about we limit all three of us hanging to once a month.”

Specify that you don’t have a problem with their relationship, but think it’s best that not everything be done in a group.