From the electrifying fight scenes to the tender moments of character development between memorable characters, Stargirl has been capturing—and captivating—audiences all over the country. Streaming on both the CW and DC’s own app DCU, the show was recently renewed for a second season and delivers a family-friendly take on timeless heroes without pulling emotional or literal punches.

While the characters might be new to some, most have enjoyed a long and interesting history on comic book pages dating back decades.

Whether you’re casually familiar with Stargirl and the other teen heroes of the DCU or you’re totally new to these names, now is a great time to dive in. Take a look at these popular Stargirl characters and learn more before the first season begins. 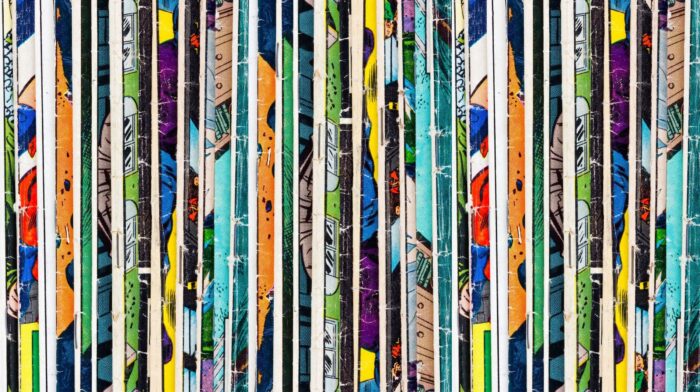 The titular character of the superhero Stargirl is teenager Courtney Whitmore. Making her first appearance in 1999, Stargirl was co-created by Lee Moder, David S. Goyer and Geoff Johns, and had her own comic book entitled “Stars and S.T.R.I.P.E.” Johns would later go on to serve as the executive producer for the Stargirl television show.

Whitmore’s persistent personality and desire to help those around her made her an instant hit with fans, and Brec Bassinger does a fantastic job bringing the character to the screen with all her youthful exuberance.

Interestingly, Stargirl’s tenure in comics is significantly shorter than the other names who appear on this list. Nonetheless, she hands-down has had the most time in the spotlight. The database Comic Vine records an estimated 700 on-page appearances for Stargirl. She had her own comic series and has played a major part in a number of long-running comic series including JSA (1999) and Justice Society of America (2007). The character of Stargirl has also appeared on several DC-related television shows including JLU, Legends of Tomorrow, and Smallville.

The second teenage hero introduced in Stargirl is young Yolanda Montez. Once a popular girl in the local high school, Montez fell out of the good graces of her fellow students and strict Catholic family after making a simple mistake. She disappears into boxing and is befriended by Stargirl, who convinces her to join her in heroics as Wildcat. Montez is portrayed by Yvette Monreal in the series, bringing depth to the conflicted character who is simply trying to find an identity that she gets to define for herself.

The character of Yolanda Montez was first introduced in Crisis on Infinite Earths, a 1985 comic book mega-event. Montez took over the mantle of Wildcat after Ted Grant, the original person to wear the costume, shattered his legs while saving a child. Montez would serve as Wildcat for many years alongside the members of Infinity Inc before being killed unceremoniously in an issue of Eclipso in 1993. Though not fully explored, an alive Yolanda Montez in her Wildcat costume does appear in the final issue of 2019’s Doomsday Clock.

On Stargirl, the character of Beth Chapel, played with an infectious cheer by Anjelika Washington, is an intelligent young girl who believes her best friends are her parents. Chapel becomes Doctor Mid-Nite after finding and wearing the advanced tech-heavy goggles of Charles Nader, the original Doctor Mid-Nite. Joining with Stargirl and Wildcat, Chapel quickly realizes she is not as skilled with fighting as the other girls. Still, she uses the goggles to act as the brain of the team, accessing whatever information the group might need as they begin their heroic adventures.

Like Wildcat, Beth Chapel was introduced as a legacy replacement of a famous DC hero. Both Wildcat and Chapel’s Doctor Mid-Nite served on Infinity Inc, both died in Eclipso in 1993, and both reappeared alive in 2019 without explanation.

Though the characters on Stargirl are fresh takes on established heroes, learning more about the origins of these individuals can prove fascinating. With a century of history to draw from and more characters than can be counted, DC Comics doesn’t seem to be slowing down the television game.