Is Now The Time You Get Into Sports?

Have you always been the type of person who looked at your friends and family yelling and cheering at the TV when a sports match is on and just thought “I don’t get it!” It’s a pretty common feeling really. Perhaps you’ve tried to sit down and watch it with them, or maybe they’ve explained the appeal to you and, for whatever reason, you and sports just don’t seem to gel. Despite being fairly common, it can be a kind of isolating experience sometimes. After all, no one likes feeling on the outside of something that everyone else is enjoying!

The other reason that it’s kind of a sad position to be in is that sports can be amazing! Getting really into a match can be one of the most exhilarating, adrenaline-fueled things in the world! For a lot of people, it’s not the sports themselves that they dislike, it’s the way that they’ve interacted with them up until this point. Maybe you had a bad experience with rude sports fans; maybe you can’t quite wrap your head around how emotional people can get about it. But if that’s the case you really are missing out, so here are some things that you can do if you’ve tried to get into sports before and simply haven’t been able to.

See it in person

When you’re watching sports on TV, it can really lose a lot of its impact. Seeing tiny figures running around, kicking a ball that you can barely make out is hardly the most spectacular or exciting way to experience the whole thing. That’s why you should make the trip to actually see it played live. You’ll be amazed at just how much of difference that can make to the way you feel about sports. Football might never have been your cup of tea but getting your hands on some tickets to experience the thrills of something so steeped in emotion and tradition can be a truly incredible experience. 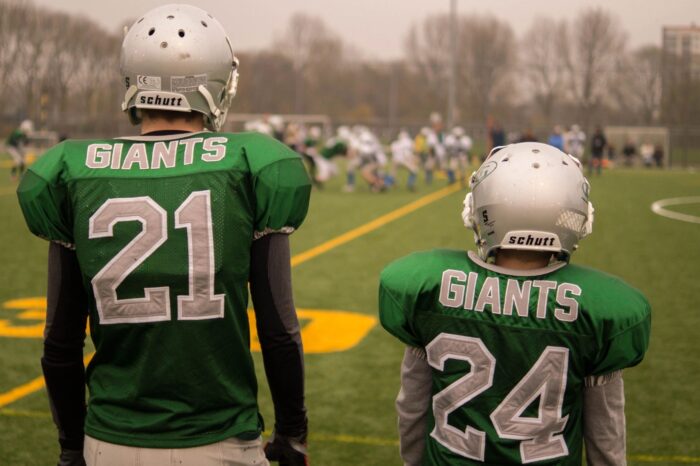 Feel part of a community

One of the best things about sports is that it can be a very personal experience, but it doesn’t need to. Nothing can make an experience better than sharing it with the people around you. And because you’re all there together for the same reason, you’ve instantly got something that binds you to each other. There are plenty of sporting events throughout 2020 and there’s nothing like getting directly involved with them. You’d be amazed at how many lifelong friendships can be forged at sporting events.

You might not be all that interested in statistics or scores, but that doesn’t mean that you can’t follow the excitement of sports in a different way. Focus on the human element. After all, each player is an individual with their own goals, flaws, failures, and triumphs. Underneath all of the rules and the banners and the politics, are stories where human beings push themselves to achieve things with their bodies that many of us could never possibly dream of and the drive to be the best they can is something we can all connect to. Being able to follow that kind of narrative is a great way to get a foothold in the world of sports. Before you know it, you’ll be jumping out of your seat, cheering with the best of them.

If there’s one thing that leaves more people wanting to avoid sports more than just about anything else, it’s the potential that a lot of sports have to create a toxic environment. From stories of soccer matches erupting into fights between the fans to certain sports stars behaving in some less than savory ways, it’s easy to find that side of things unappealing. However, this is a serious minority when it comes to the way that most people interact with sports.

For most people, sports are something that brings a great deal of joy and positivity into their lives. Trying to ignore the more toxic side of things and refusing to engage with it in favor appreciating all of the positive things that come with being a sports fan is a great way to no only ensure that you have the best possible time, but that you do your part toward making sports as a whole a more positive and welcoming pastime.

Just because watching them is one of the most popular ways to engage with sports doesn’t mean that that’s the only option available to you. If you really want to gain a better understanding of sports and their appeal, one of the best things that you can do is to get directly involved. Start playing with some friends or even a local team. Not only is this a great way to stay active and healthy but it’s also a fantastic way to give yourself a far greater sense of the nuts and bolts of how different sports work, which can give you a much better appreciation of what the players are doing when you come to sit down and watch a match. There’s no rule that says your interaction with sports has to be exclusively as a passive observer.

Of course, there’s no reason to force yourself to get into sports if you really don’t want to. After all, we all have our own interests and trying to force yourself into a specific box is never going result in you, or anyone, having a good time. However, if you’ve never really given sports a chance and have just reflexively rejected them because you assume that they’re not going to be for you, why not go out on a limb and give them a chance?

After all, without really getting deep into why so many other people love them so much, it’s going to be near impossible to ever fully see the appeal of any sports. So why not give them a chance, you may well find that they leave you pleasantly surprised.