Are You Coming Across as Intimidating Without Realizing It?

It’s very possible to come across as intimidating without realizing it. Why? Because we don’t see how we present ourselves. 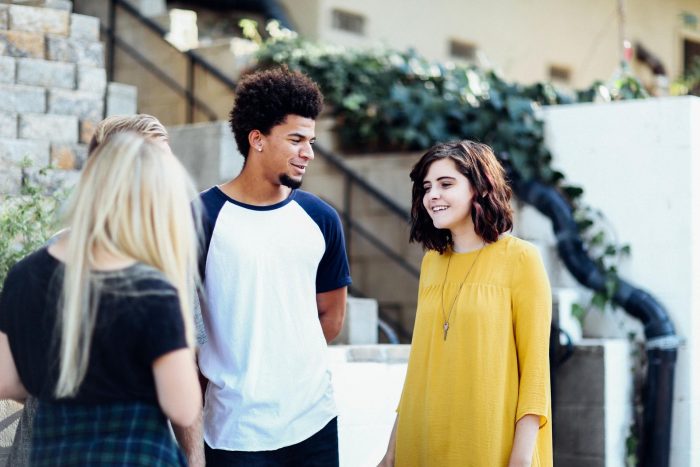 Other people are assessing all of the non-spoken and visual cues that we exhibit – from our body language and our facial expression to how we carry ourselves and whether we look other people in the eye, etc.

“It all depends on someone else’s perception,” explains Justin Baksh, LMHC, MCAP, and Chief Clinical Officer for Foundations Wellness Center. “For example, some people who don’t own a pit bull may spot a big, muscular one and immediately view it as an aggressive, violent animal, just based on how it looks.”

Obviously, if someone feels you are intimidating, they are naturally less likely to tell you or bring it to your attention.

“The truth is, though, that most people (no matter how they present themselves) are marshmallows at their core,” Baksh says. “How many big, burly bikers do you know that are basically just sweethearts?”

Baksh feels that the majority of us are compassionate individuals, even though we may have been conditioned to respond a different way. “Therefore, whether you come across as intimidating or not is due more to environmental factors than to genetic ones,” he shares.

Intimidation is not just physical, though.

It has a mental, emotional, and perception-based aspect.

You could have a “director” style personality that is very authoritarian versus warm and engaging, for instance. Extremely confident individuals can come across as intimidating, as well as someone who is very intelligent, well-spoken and/or experienced – someone around whom people feel they can’t “BS;” instead, they have to be on their game, all the time.

Another example is someone who is extremely attractive. Let’s say it’s a woman. Men will be fearful of approaching or asking out this person because they might get rejected…it’s too intimidating. Also, other women may not want to befriend her because she is “competition.” “It’s a common stereotype,” said Baksh, “but there is truth to the saying that ‘the most attractive person is also the loneliest.’”

Perhaps it is a display of wealth that intimidates others. If you are in your Honda and someone pulls next to you in a Bentley, it can be intimidating. You may feel that this person will automatically look down on you or feel as if they are above you in some way.

One last example Baksh cites is that of “transference.” If someone looks like someone from your past who made you feel intimidated or scared, then you will be intimidated. Your co-workers or friends may not feel the same way, as they haven’t had the same past experiences that you have.

Intimidation is an individual experience, and very much in the eye of the beholder. What is intimidating to one person may not be to another.

From a confident man or woman in a high position to a compassionate, husky biker, it could be anything in your presentation or what you do and say that causes others to feel intimidated.

So how do you know if you are coming across as intimidating?

Look to see whether people are engaging you in conversation – if they aren’t, you may be intimidating to them. Also, are people happy and welcoming when they see you, or do they seem to avoid you or walk away? That also provides a clue as to whether you are coming across as intimidating. If you are, it may be time to find someone you trust and ask them what it is that other people may interpret as intimidating. Awareness is always the first step in remedying a situation or issue.