When it comes to attending college, many Native American students face a difficult dilemma. Leaving their family and traditions behind creates the perception that they will have to forfeit their identity in pursuing a college education. In addition to this, many families put pressure on on teenagers to stay home and carry on the long-standing traditions.

To combat this problem, many universities are beginning to develop programs that will assist with the acclimation process. Director of the National Indian Education Association Ahniwake Rose highlights the issue, stating:

These students could be in a classroom with hundreds of kids and no one will be like them so it’s really good for these programs to pull all of these kids together. Moving to college for these kids is taking them so far away from their homes. On top of that, we still have so many first generation students and their parents can’t give them any idea of what college is like.

Many universities across the country have begun to implement these programs including the University of California, Los Angeles, Yale and Duke. 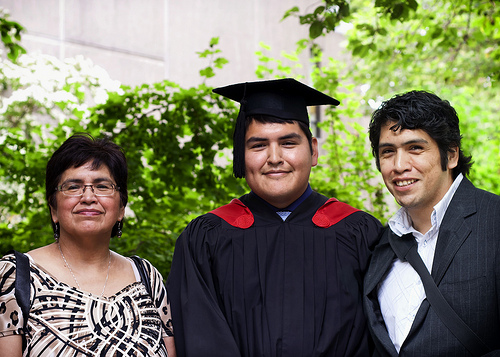 The reception has been overwhelming, with children as young as 12 signing up for the programs. After completion, prospective college applicants are given access to all of the students resources at the university where they attend the “mini bootcamp.” The goal of this is to make services available for those seeking guidance through the application process. Director of American Indian Student Services at The University of New Mexico, Pamela Agoyo, notes that introducing children to the application process at an earlier age is increasingly valuable, as people begin to realize that planning for higher education does not begin your freshman year of high school.

According to the Minnesota Star Tribute:

The implementation of these programs have already been showing success by giving confidence to those that seek to pursue higher education.
photo credit: glassghost via photopin cc