work around your friends' dislike of your new beau and how to regain control of your own life and relationships. ' />

What to Do When: Your Friends Hate Your Boyfriend

April 1, 2011 · College Relationships, Everything, Featured, Friends, Love, People, What To Do When 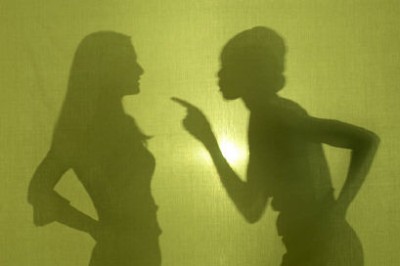 You’ve got a new (or old) boyfriend in your life and take him by to meet (or reintroduce himself to) your girlfriends.

Only when you bring him around, it feels less like a party and more like a wake.

None of your friends really take any interest in your new manfriend (in fact, it’s almost like they’re ignoring him on purpose) and when he leaves, your friends do their best imitation of his voice or mannerisms you think the world of (so what if he has kind of a nervous tic? You think it’s adorable!).

It’s pretty plain to see that your friends have something against this boyfriend of yours…so where does that leave you?

If nothing else, you can always bribe your friends to like your boyfriend with Groupon.com, which as the best local deals every single day!

Ask why they seem to dislike him.

Has he said something that offended any of them? Do they know something about his past you don’t? Do they see you, once again, heading down a relationship road that could be bad for you?

Are they upset you took back a man you swore to never talk to again?

If they don’t admit to any of these, step back and look at it from the perspective of your friends. Maybe they’re just jealous of your new relationship and are dreading all the plans you won’t make with them now that there’s a new guy in your life.

Maybe one of them recently went through a nasty breakup and now just hates men in general.

Whatever the case, it only demonstrates that your friends value you too much to get hurt and they don’t want your friendship to end because of a guy.

Reassure them that yes, you’ll be spending some time with So-and-So but there will be time for a girl’s night out on the town or a girl’s night in watching 30 Rock.  The real key to this is being able to hold a no-holds-barred conversation about the issue at hand, which, I imagine, wouldn’t be too hard. These girls are your friends after all.

That being said: if your friends keep objecting to your new BF even after a civil conversation, feel free to remind them that it is your life and you will do what you want with it.

Unless the guy in question has been the past cause of some serious relationship woes (cheating, messy breakup, etc.) or is some sort of serial killer, your friends really have no reason to try and send you both your separate ways.

However, if the current man in your life has treated you badly in the past or is wanted in three states on murder charges, you should closely examine these red flags and how they might affect your relationship now.

If you liked this article, you’ll love Why Guys Send Mixed Signals from our friends at The Campus Socialite!