Valentine’s Day: Where Did It Come From & Who Is Saint Valentine?

In today’s times, Valentine’s Day is seen as a commercial holiday—a day to spoil or get spoiled with flowers, candies, balloons and anything else decked out in red and pink.

It’s a day that celebrates love and loving your significant other. We think of it as a way for the card companies, restaurants and gift stores to make money, but also as a way to guarantee a hookup or some form of lovin’ from our partner. 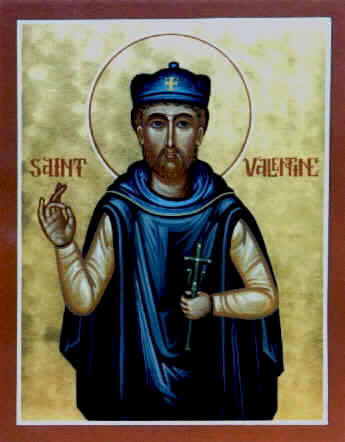 However, Valentine’s Day didn’t start out with balloons, flowers and sex.

Who is Saint Valentine?

According to legend, Valentine was a priest in the third century in which Claudius II ruled. Claudius decided to to ban marriage for all single young men so that they would maintain focus in the military.

Valentine, against the law, performed marriages for these young men in secret which lead to martyr.

Another legend claims that Valentine was killed for helping Christians escape Roman prisons in which they they were tortured.

It’s also been said that the first Valentine greeting was sent from Valentine himself.

While Valentine was locked away in prison, he fell in love with a young woman who would often visit him.

Before he was put to death, he wrote her a letter signed “From your Valentine,” a declaration that is continued to this day.

Despite the harsh outcomes, Saint Valentine is portrayed as a romantic individual.

So next time you are at the store snagging up a Valentine’s Day greeting card, candy or whatever else, think about what this holiday really means and where it came from.

Along with those dozen roses, give the gift of knowledge as well! Share this story with your partner, friends or family for an interesting Valentine’s Day anecdote.