One college student can only eat so much EasyMac, so many granola bars, cookies, pretzels, popcorn, chips, Twinkies, Tasty Cakes, Zebra Cakes, and tuna packets.

All of the canned, packaged and pre-cooked foods can get boring after awhile and it all starts to taste the same; not to mention, they can also pack on the pounds if you’re not careful.

Trying something new that doesn’t involve a can opener or a pair of scissors doesn’t have to be complex, expensive or totally out of the ordinary, either.

My newest go-to snack that fills me up, tastes great, is totally satisfying, AND doesn’t break the bank or the calorie budget: apple slices with cinnamon.

Yes, it really can be that simple. I wasn’t sure if it was going to really taste all that great, but it absolutely does. In fact, now that I’m thinking about it, I’m craving it. 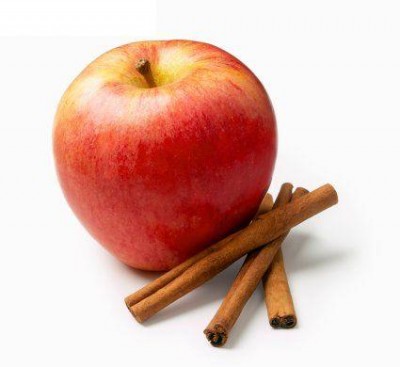 All you need is an apple, which you can probably get on your way out of the dining hall, some ground cinnamon, and a knife.

Most grocery stores and all Walmart’s carry ground cinnamon for less than $1! You can find that much money laying on the floor in the laundry room.

Slice the apples, sprinkle with cinnamon and that’s it! I would even argue that it’s easier than EasyMac.

If you’re at the grocery store and you have a few extra bucks to spend, I would suggest investing in an apple corer/slicer.

It is a round, metal contraption that you place over the top of an apple, with the center ring around the stem. You put one hand on each side and push down. Voila! The apple is sliced and cored, practically begging to be sprinkled with cinnamon.

No matter what kind of housing you’re in, on or off campus, this is quick and easy, requires little to no clean-up, and is delicious and satisfying.

Try it. You won’t regret it.

Brittany is finishing up her last semester at the University of Delaware where she is a graduate student, Instructor and an Assistant Course Coordinator. She created EatSomethingNew.com where she writes recipes and reviews products, food and restaurants. Additionally, She is a social media coordinator for an outplacement services company. She hopes to bring the readers of CollegeCures.com healthy, new, convenient ideas about food. Bon Appétit!