I’ve always wondered why people cheat since it never made sense to me.

Why don’t people just break up if they can’t remain faithful or are interested in someone else? 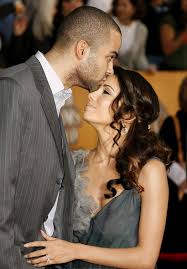 A friend of mine confided in me a few months back that during his two-year stint in China, he planned on sleeping with other women even though his girlfriend was the love of his life and he planned on marrying her.

His point? Sex and love are two completely different things and as long as he wasn’t falling in love, he wasn’t “cheating.”

To him, an emotional affair was cheating, but a physical one was not!

More recently, in celebrity news, Eva Longoria Parker and Tony Parker split over his text-only affair with his teammate’s wife.

While no physical act of infidelity was committed, Longoria divorced Parker on the grounds of “emotional cheating.”

But what is emotional cheating?

Emotional cheating, otherwise known as “the affair of the heart,” is when one person carries an affair via emotional intimacy instead of physical intimacy.

Television Example: Think Jim & Pam from The Office when Pam was engaged to Roy, but shared her feelings, insecurities, goals and ambitions with Jim.

Is it a valid deal breaker?

Legally, a spouse can accuse their significant other of adultery only when a physical act has been committed.

So, how do you know if you’re taking part in an emotional affair?

According to Dr. Gail Saltz, you know you’re in an emotional affair when…

1.  Most meetings and conversations are kept secret from your partner.
2. You say and do things with someone you never would do with your spouse.
3. You make a point to arrange frequent time to talk with them.
4. You share things with them that you don’t with your partner to know.

How do you know if your significant other is emotionally cheating or just really good friends with someone else?

This is where it gets complicated: doctors, psychologists and relationship experts can give you a set of criterion to determine if your significant other is emotionally cheating, but it’s all relative!

Suppose a girl confides in her female best friend more than she does with her boyfriend, is she emotionally cheating on her boyfriend? I think not!

I think the main litmus test for emotional cheating is whether or not you’re hiding your relationship (however innocent as it may be) from your significant other.