Yay! Its that time again: you can stop biting your nails and pulling your hair out. I’m back with more stories; hope you enjoy!

This first story comes from the male dorms on campus and how one night of heavy drinking turned into a real blaze of craziness. Find out what happens when you mix drunk male students with fire and bathroom amenities! 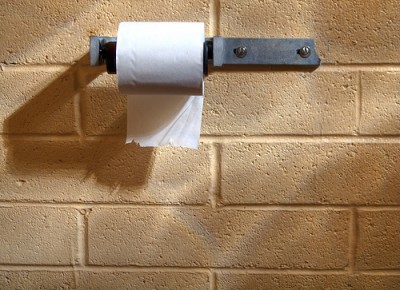 Story #1: A Series of Odd Events

“One of the most infamous nights of my college experience was attending this frat party with my friends. The party was thrown by a bunch of the male frats on campus and each served their ‘signature drink’.

As you can imagine, almost everyone at that party was far beyond wasted—there were guys throwing up and passing out in the hallways of our dorm.

Somehow, and to this day I still don’t know what happened, some idiot lit a toilet paper roll on fire. The guy got so freaked out, he kicked it and started rolling down the hallway. Pretty soon, the fire alarms started to sound and we had to evacuate the building.

The fire truck came and the firemen were getting pretty upset when there were still drunken guys inside who were unable to move in their drunken state; some of the firemen had to carry the guys out over their shoulders.

The next day, we got a stern lecture from our Resident Director about the ‘responsibilities of drinking.'”

This second story gets to the bottom of what happens when you throw a bunch of random girls into a dormitory together; the claws come out and shoes will fly!

“One really boring night, my roommate and I were sitting around watching movies when we heard a loud scream.

We both looked at each other and contemplated which one of us was going to see where the scream came from. I got out of the bed, opened the door and looked down the hall.

When I poked my head out, I saw two girls standing in the hallway screaming at each other. I couldn’t completely make out what they were saying, but from what I could hear, one of them stole the other’s stuff.

There were a lot of obscenities shouted during the exchange and it started to get pretty heated. Finally, one of the girls stormed off and I figured that was the end of it, so I closed the door and started to tell my roommate what happened.

In the middle of the story, we both heard more yelling, but this time it was louder. My roommate went to see what it was this time and as soon as she opened the door, a sneaker almost hit her in the face.

The hallway was full of girls scratching, punching and clawing at each other. When I got the whole story later on, the girl who had stormed off had come back to retaliate and attacked the girl and a few of her friends.

It took 3 police officers, 3 RAs and our Resident Director to break up the entire fight. I never knew what happened after the fight, but I never saw those girls in our hall again.”