Who would have thought that the season that makes you want to stay indoors and get comfy with warm blankets actually decreases your libido! Turns out the sun plays a key role in keeping your sex drive going!

Skeptical? I was too, but then I realized that maybe this explains why India and China are suffering from an overpopulation crisis–there’s no harsh winter in most of the country to slow down libido’s! (joke)

How does the sun help our sex drive?

Sunlight provides us Vitamin D which in turn increases serotonin levels–serotonin is a chemical that increases your sex drive. In the winter, the average person gets 30 percent less sunlight than in the rest of the year! 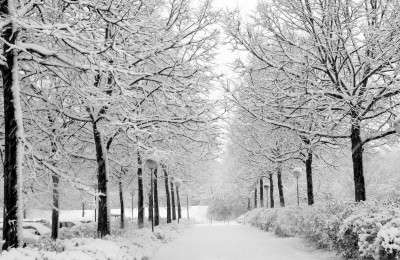 The National Alliance of Mental Illness has found that the change in amount of sun can cause a form of depression (Seasonal Affective Disorder) in many people which also hinders their sex drive and this affects up to 25 percent of North Americans between the ages of 20 and 40, according to the U.S. National Mental Health Association.

But sunlight isn’t the only culprit in your winter-blues dwindling libido:

Due to the cold weather and/or holiday season, you ingest more carbohydrates and your metabolism slows down–both of which leaves you lazy, lethargic and not in the mood!

In addition to that, most people decrease their workout during the winter–an estimated 30 percent don’t work out in the winter–which further decreases a person’s libido.

If you’re feeling the winter blue’s then fix your libido by working out, taking Vitamin D supplements and getting little one on one time with the sun!

Michael Holick, Ph.D., M.D., Professor of Medicine, Physiology and Biophysics at Boston University School of Medicine has said, “Exposure to lamps that emit UVB radiation is an excellent source for producing vitamin D3 in the skin.”