Yes, their are things you should NEVER utter around your partner. Here are a few hints!

I agree, it takes a lot to be in a relationship that is honest.

Honesty and communication are the most important aspects of a successful love life. But, the truth of the matter is, you have to know how to use that tool properly. This means, you need a FILTER. The filter determines what is appropriate to say and what isn’t.

The inspiration for this article: a co-worker of mine said that he told his girlfriend about a girl in his class who he wish he had sex with. Yes, it’s true, and yes it’s unacceptable!

Below are things you should NEVER say to your partner, enjoy!

What you should never say to your boyfriend, Top 5: 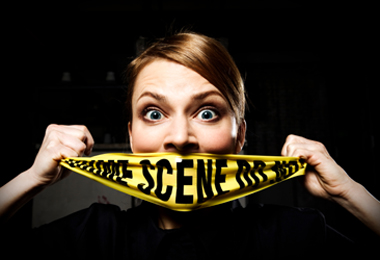 First of all, this one should be common sense. Your boyfriend doesn’t want to hear that he is anything like your ex.

This can create several problems because in actuality, the other dude is your ex for a reason. Also, your current boyfriend may even assume that you have not emotionally detached yourself from the previous relationship because you keep bringing it up.

This is something you don’t want. Ever. This may eventually lead to some insecurities in the relationship.

And honestly ask yourself, would you want to be compared to his ex?

One thing is obvious, your boyfriend pursued you and made you his girlfriend for a reason: because he thinks you’re beautiful.

If you are constantly walking around claiming you are fat, you, for one, are not enjoying yourself.

Two, you aren’t allowing HIM to enjoy you. And there is no man in the world who wants to be asked, “Do you think I’m fat?” Because, for him, it’s a lose-lose situation.

If he says ‘yes’ you’ll have a tantrum and run to the bathroom to cry. If he says ‘no’ you’ll accuse him of being a liar. So why put him in a situation that you KNOW he can’t win? Don’t let YOUR insecurities ruin your relationship. Look for love in one place that can solve the problem: within.

Because this is gross. Who wants to envision their partner with their PARENT?!

Their is a difference between being selfish in bed and really trying, but not succeeding.

It is your job to figure out which boyfriend you have. If he is the selfish type, then by all means, DROP HIM. But if he is genuinely trying and it just isn’t working, you have to DO something other than thinking it out loud!

Instead of being so quick to shoot him down, you should take the initiative to bring something new and exciting to the table. Being intimate isn’t only the man’s job to please. As a woman, you should feel obligated to make it fun for him, too. So stop placing the blame solely on him and try to figure out ways, without him knowing, to spice it up in the bedroom because their is no man on this planet that wants to hear he isn’t the best lover.

Likewise for his friends, his siblings, his dad – even his dog. You are in his life to exemplify love, so why hate? If she is evil, keep it to yourself and try to have a relationship with her for his sake. Because if he hated your dad, I’m sure you’d want the same in return.

What you should never say to your girlfriend, Top 5: 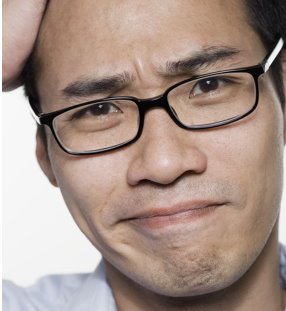 Yes, it is understood that we are all human and ultimately, we’ll find other people attractive. That is normal. Your girlfriend kind of expects you to be attracted to celebrities like Angelina Jolie or Scarlett Johansson because it’s obvious: they are gorgeous!

But her acceptance in those crushes are also obvious: she knows you can never have them! When you approach her with a crush that is closer to reality, she will freak out and never trust you. Why?

Because she will constantly be wondering what is it that your classmate has that she doesn’t. It will develop an inner insecurity even if you didn’t mean for it to come out that way. And of course, she may even become jealous of the girl without even knowing her. It’s unnecessary drama.

A mistake that is very commonly made. If you loved HER you would never say this. It develops guilt trips and animosity which eventually creates anger. She will never let it die down and whenever she is upset, she will bring it up and throw it in your face.

The result? A break up that could of been avoided.

This may seem ignorant, but a woman wants a man. Not that the job can’t be equal…because I fully believe in equal rights 🙂 but how can she be so sure you can save her in from a criminal if you have trouble opening a bottle? (Let’s not start the double standards, ladies, because I am sure you don’t expect to pick up he bill on the first date. Let’s be real).

I, personally, hate this comment. To me, it’s degrading and disrespectful. I already know my mother is gorgeous, which is great that you noticed but a Mother I‘d Like to F&%* is inappropriate and she doesn’t want to have traumatizing thoughts of you spitting game to her mom. Ew.

5. “If we would to get married, would you sign a prenup?”

This is disappointing and will lead her to believe a couple things: 1. You are already foreseeing a failed marriage and 2. You think she is a gold digger so you can’t trust her. Who wants to enter a marriage that is already starting off on bad terms? Not me and not your girl.

Pick your words wisely with the motive to do one thing: love.

PS: Make several arrangements with facebook and twitter: @CollegeCures CollegeCures.com @_MixedBaby and it will be a better world 🙂