Once again mayor of Detroit, Kwame Kilpatrick, is in the papers.

In 2008 he was accused of having an affair with his chief of staff, Christine Beatty, he was also accused of bribing his police officers $8.5 million to keep the affair quiet.

Kilpatrick and Beatty denied the affair under oath and then faced many federal charges when officers confessed to keeping the affair quiet.  There were also several risky text messages that linked both Kwame and Christine to the affair. 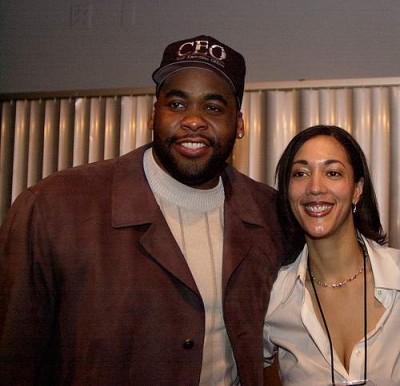 These charges forced him to step down as mayor of Detroit and plead guilty to two of the four charges. Kilpatrick was to serve 3 months in jail and was put on an five year probation, but then was said to have violated the probation by hiding thousands of dollars in assets; money that was supposed to be paid to the city of Detroit for restitution.

For this he received another sentence of between 18 months and 5 years in prison.

You think it would be over, but Kilpatrick’s trouble continues. An indictment from an investigation a few years ago was announced this month. With claims that Kwame and several accomplices, one being his father, are involved in running a ‘criminal ring’.

The accusations consist of  accepting money for work that was not done by the delegate, using charity funds for personal expenses and offering and taking bribes. 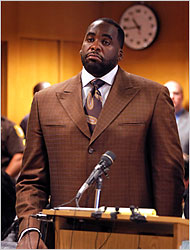 Several of the accused have already pleaded guilty and if convicted all of the accused could serve up to 30 years in prison. The third times the charm, so hopefully Kilpatrick will get the picture.