Avi Liberman is not your typical comedian.

For one, he works part-time as a teacher, so right off the bat you know he has some good stories to tell. Second, his shows have been consistently ranked “perfect for all audiences” and “great for any age.” Translation? Good, clean, fun.

While Liberman is fairly new to the game and is no Jerry Seinfeld, his humor is reminiscent of what standup used to be, before comedy shows became a game of shocking the audience. 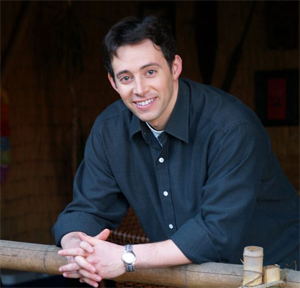 What I like most about Avi is the fact that his humor is not geared toward one gender, but rather can be enjoyed by anyone, at any age. He’s funny without being offensive, degrading, or acting like a complete idiot.

A lot of comics today depend on shock-value as their main tactic for interacting with and appeasing the audience. Liberman, however, skips over shock and just tells you a story in hopes that it will make you laugh.

1. He is from Israel, but was raised in Texas.

2. He is a part-time teaching assistant.

3. He toured on Stand Up for Israel, Comedy for Kobe, the proceeds of which benefit familys who are victims of terror.

4. He has appeared in several commercials for various companies such as Starbucks, Net Zero, and Miller Lite.

5. He volunteers his time to help homeless and drug addicted teens in Jerusalem.

Check out his videos here and enjoy the show!