Don’t miss the Lunar Eclipse TONIGHT! Here are Some Quick Myths and Facts

Tonight, December 20, 2010 is the night of a lunar eclipse, so break out your lawn chairs, binoculars and hot cocoa and enjoy the show! In the mean time, here are a few facts about lunar eclipses, some myths associated with them, and what they are all about!

When you really think about it, the thought of a lunar eclipse is kind of creepy. 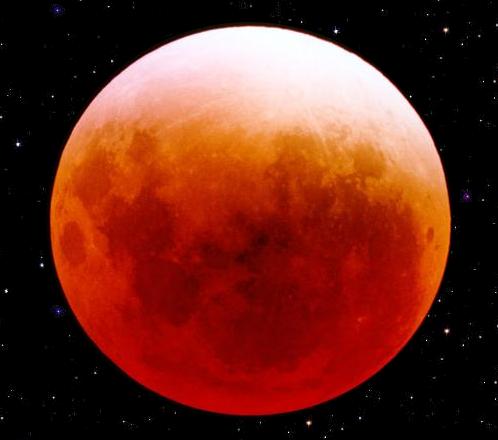 Because it is always associated with negative things, so it’s only normal for us to assume it’s an evil deed being done by evil things.

I’ve collected a few myths and facts for you. Hope you enjoy:

1. The Amazonian tribes of Brazil believe the Lunar Eclips is a symbol of fight between the sun and moon.

2. In China, it is believed a dragon swallowed the moon.

3. If you have sex during a Lunar eclipse, it is believed you will become pregnant.

4. In ancient Rome, it was a common practice to scream and shout to drive away demons who cast their shadow on the lunar disc.

5. The people living along the western coast of Africa believed that the lunar eclipse occurs because of the sun’s shadow, which is always following the moon. So during eclipses, people gather on the street and shout: “Leave him, go away,” etc.

1. The cause of lunar eclipses is simple: Earth gets in the way.

2. Though you might not have logged many lunar eclipses in your life, they are common, compared with solar eclipses, at least in one sense.

3. When Earth experiences a total lunar eclipse, things get interesting on the moon, too. If you were there, on the side facing Earth, the home planet would block out the sun. The sun’s light would not completely disappear, however. Earth would be ringed by light scattered through its atmosphere.

4. The maximum time a Lunar Eclipse can last is 3 hours and 40 minutes.

5. Because the Earth is larger than the Moon, the Earth’s shadow can completely cover the Moon. However, the Moon is never completely hidden because even at total eclipse, it is illuminated by sunlight scattered through the Earth’s atmosphere

So if you’re not doing much tonight around 12 a.m, peek outside to see what all the hype is about.