Celebrity Divorces: Why Do They End?

The internet has been buzzing about the latest string of celebrity breakups: Elizabeth Hurley is separating from husband of three years Arun Nayar after allegedly hooking up with Australian cricketer Shane Warne, “High School Musical” stars Zac Efron and Vanessa Hudgens break up up after four years, Dexter co-stars Michael C. Hall and Jennifer Carpenter announced their decision to divorce and perhaps the most shocking of all–Scarlett Johansson and Ryan Reynolds split after two years of marriage. 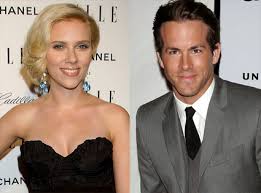 If you wanted to try, you can think of countless, seemingly perfect celebrity marriages that have ended in a divorce–Brad Pitt and Jennifer Aniston, Courtney Cox and David Arquette, Nicole Kidman and Tom Cruise, Eva Longoria and Tony Parker, etc, etc.

The sad reality is, an estimated one in two marriages end in divorce; although this statistic has been criticized as an overestimation. So why are these celebrity divorces and breakups  so devastating? Because they make you ask one BIG question:

How can two people with so much success, talent, wealth, fame and good looks NOT make it work?

Below are a few reasons, apart from the universal marriage destroyer (read: infidelity), that lead to the failure of celebrity marriages.

As a celebrity, the world caters to YOUR demands. You get the car you want, the clothes you want and pretty much any material possession you desire, you can get. All this enables a false sense of entitlement in celebrities that they deserve to receive whatever they crave, which also inadvertently makes them less unable to survive in a marriage where, for once, in lieu for getting what you want, you have to cater to what someone ELSE wants.

Celebrities (for the most part) are vain. End of story. It’s part of their job description to be consumed with how they look and more importantly, how they present themselves–after all, us fans are a judgmental and unforgiving bunch. It’s only inevitable that when two narcissists join in matrimony, there will be friction. How long can two people last if each is consumed with themselves?

Too Much Financial Independence

You would think that having all the money in the world would make marriage easier, but turns out that having too much wealth can make celebrities less likely to work it out. Average couples are bound not only in marriage, but in home loans as well! This financial bond makes average couples more compliant to “working things out” or giving their marriage a shot.

I’m convinced this is the biggest reason for all celebrity marriage failures. How can two famous career-oriented people work it out when they’re working in different parts of the world?

Marriage CAN work long distance, but for how long? In the end of the day, in order to build a life together, you need to be together GEOGRAPHICALLY.

That being said, not all celebrity marriages end because they’re narcissistic, conceited and don’t spend time with each other. I’m sure in many cases people just drift apart or realize they’re not as compatible any more. But in the end of the day, the 5 reasons above add strain in varying doses to any celebrity marriage.