In a nutshell, is the answer to this query is, yes. Since universities prefer to enroll competent candidates who are eager to attend their institution, applying early may provide you an edge in the admissions process. 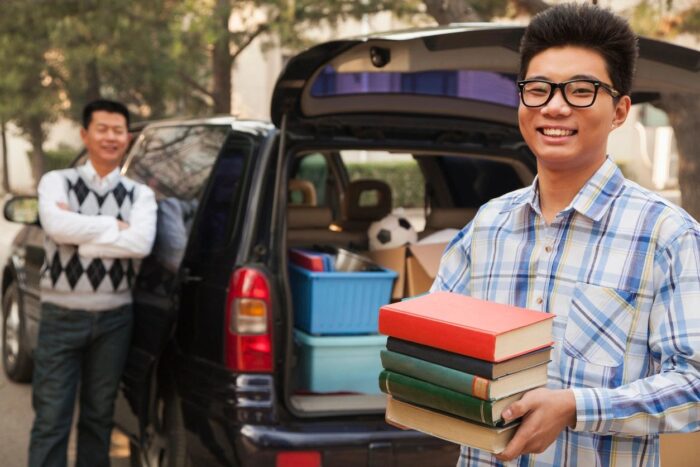 Many four-year schools now provide a variety of application deadlines and alternatives for applicants, including early decision I and II, early action, and normal decision. The majority of four-year universities now offer some kind of early admission.

Early decision or early action admission has become more common in recent years as applications to prestigious universities have increased since it allows schools to more accurately forecast yield (which is how many admitted students will actually attend). As a result, an increasing number of students are deciding to apply early in an effort to get an advantage over other applicants.

Particularly at colleges with low acceptance rates, applying early might be a wonderful approach to improve your chances of admission. The question is, Does early decision increase admission chances? Early decision gives a school notice that they are your top choice and lets them know you are interested in attending. In exchange, the school will review your application more closely. If you have the necessary grades and a strong application, you will have a better chance of being admitted than if you applied through ordinary decision.

Even if you are not admitted early, submitting your application early may give you a better idea of how strong it is. You could even receive comments that you can apply to future college applications or interviews.

The colleges you apply to will determine whether you get early acceptance.

Many colleges accept a greater proportion of early decision applicants than regular decision applicants based on percentages of admitted students. While not true for all institutions, the fact that it is frequently the case shows that there are some schools where you will have a better chance of getting admitted early.

You do have a larger probability of admission if you apply to a school that admits a lot of early candidates as opposed to your chance if you apply to the same school as a regular decision applicant.

Early action could be a preferable choice for those who want to apply early but don’t want to make the commitment. Early action is appropriate for students who plan to apply to many schools, while early decision is best for those who have one school they are certain they will attend.

A non-binding early application is called a “Early Action” (EA). You can apply early action to many institutions and hold off on making a selection until you have heard from each one before moving further.

Furthermore, Restrictive Early Action (REA) is not legally binding. However, if you choose limited early action, you can only apply early to one private school and cannot do so for any other private schools using early decision or early action. Since public colleges are frequently the greatest economical alternative for students, the majority (if not all) universities that provide a constrained early option do let candidates to seek early action to public universities.

Can I use early action and decision-making?

Applying early is a significant choice. Planning and preparation are needed, as well as accelerating your application schedule, in order to submit your applications by the early deadline in November. If you’re considering applying early, keep these points in mind:

Are you ready to dedicate yourself to the school?

Do you have the necessary test results?

You should have SAT/ACT results and a GPA you are satisfied with before November because you are applying in the fall of your senior year. This indicates that by October, you should be adequately prepared and have the necessary scores. Regular decision can be the better choice for you if you aren’t happy with your test results and won’t be able to present yourself in the best light for early applications.

You will apply for financial help early if you submit your application early. Your offer of financial help will be sent to you together with your acceptance letter. You may choose not to enroll if you are admitted under early decision but the financial assistance package is insufficient.

Schools may not be motivated to give early decision students merit-based funding since they have already indicated their intention to enroll in a certain program.

Does early decision offer greater competition? Will It Improve My Prospects of Being Accepted?

Briefly, yes and yes. There is a catch, though. To further understand why, it helps to first be aware that universities may be categorized into tiers based on their quality, with Tier 1 being the highest (and most competitive) and Tier 5 and lower being the lowest.

Similar to this, prospective students can be divided into several categories based on their credentials (such as academic performance, intellectual vigor, and extracurricular activities), with Tier 1 being the highest and moving down the list.

Your self-evaluation will help you decide which colleges to apply to as your tier should ultimately coincide with the tier of the college to which you are applying.

Reverting to the original query If you apply early to a school that is, at most, two tiers—and ideally, no more than one tier—above your tier at the time of application, your chances of acceptance will only grow.

The astute candidate will purposefully avoid going overboard when selecting the schools to which they will submit early applications. The ED/EA system, after all, is intended to admit only qualified applicants, not just any youngster whose ambition it is to attend a university.

What Takes Place If You Apply Early Decision But Don’t Show Up?

Although universities take the early decision process seriously, it is not a contract that is enforceable in court.

However, if a student breaks their honor-bound promise to enroll in a school that has accepted them, it may frequently have a detrimental impact on their ability to seek other institutions and potentially damage their prospects for the future.

Keep in mind that admissions teams do communicate with one another; the college admissions process does not take place in a vacuum.

Although you may not necessarily face legal repercussions if you skipped your ED school, it would really be harder for you to enroll somewhere else.

If you’re still debating whether or not to apply early, the recommendation is usually to do so. The advantages of applying early typically exceed the drawbacks. Look at colleges that provide early action, which is not binding, if you are not sure which school you want to attend.

A wonderful method to demonstrate to a school that you are committed to going and have made them your top priority is to apply early decision. And a sample of early admission rates from well-known colleges shows that submitting your application earlier does increase your chances of acceptance.