How To Handle College Life In Your Mind

Going into anything new can be a daunting experience. We naturally fear the unknown. It’s a good thing because then we’re likely to be safer and sounder as we enter something we’ve never experienced before, but it can take its toll on our minds – especially if the upcoming event isn’t actually a big deal! Some people welcome challenges and absolutely thrive in a pressured situation, but those people are few and far between, sadly. The science behind having worries and anxieties about certain situations goes back to the days where humans were constantly fighting for survival, so it’s frustrating when, in 2019, we’re faced with an internal battle over something that isn’t exactly life or death. 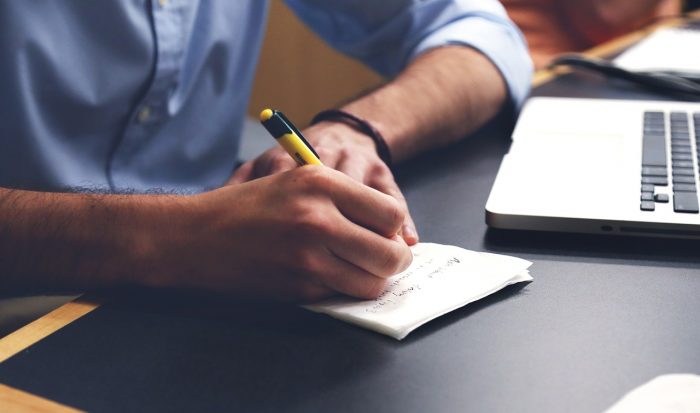 A huge part of a person’s life is their college year(s). They’re in between the stages of naïve childhood and full-fledged adulthood. A college student might think they have a lot figured out, but in reality, they’re still just kids in much larger bodies! You’ll know full well if you’ve been to college or university that you enter as an impressionable person looking to learn about the real world, and leave as a much more distinguished human being.

During the process, though: how do you handle it upstairs? It can be quite a task, and if you’re somewhat of a nervy character, then the thought of it can bring more than just butterflies into your life. Well, the good thing is that it’s nowhere near as nerve-wracking as somebody might think. Millions of people enter college life every single year, and, while they’re pretty smart to get to this point, they’re not really any different to you. It might be somewhat overwhelming, to begin with, but when you get into the groove, everything else will fall into place.

For now, though, just know that there are a bunch of tricks (and a bunch of sensible things) you can do to make the experience a lot nicer for your mental state. If you have a few minutes and are interested, then have a little read-through of these:

Plan Your Days/Weeks Ahead

When you have a clearer view of what you have ahead, then your mind is put at ease. On the flip side, if you’re heading into something without the faintest clue of what to do or how to handle things, then your mind is going to be racing around and overthinking. It might seem a little boring, and if you’re a college student, you’re going to want to have fun a lot of the time, but having things in order is super important. You may as well start now so that you have an idea of how to behave when you step into the real working world.

It happens so often, and people are too scared to ask things because they don’t want to look stupid. It happens in schools around the world, workplaces, and even in random social situations. Don’t be scared, though. What’s the worst that can happen? You’ll get the answer you want, and others around you that are also wondering will appreciate that somebody said something.

Talk About Any Problems

Whenever you have something going on in your mind that is worrying you; you should probably open up and let someone know about it. It’s always good to get something off your chest, and you could solve a huge internal problem that is plaguing you. Whether it’s something deep in terms of anxiety or stress, or whether it’s something to do with work, you shouldn’t be afraid of spilling. College campuses often have people in place to work with students in terms of their personal issues. If you’d rather see someone away from the college or university, however, then there would be no harm in booking an appointment with the local doctor.

Don’t Panic About Your Future

Yes, knowing what you’d like to do in a few years is sort of important, so something should have formulated in your mind by now, but if not, then DON’T overthink it. Sitting around worrying about what’s going to happen in three or four years won’t solve anything, and all you’ll do is worry yourself into a deep crisis! Just because you’re studying law, it doesn’t mean you have to be a big-time lawyer or a Slip and Fall Attorney – you don’t have to be pigeonholed into a specific group. Now’s not the time to think too hard about it. You might have a completely different vision of the future somewhere along the line.

Having a set way of doing things also helps. It’s kind of like the plan idea that we talked about a little earlier. A routine helps your body and your mind get into a systematic way of doing things. Getting up in the morning is hard to do when you’re all over the place. It’s a lot easier when your body is used to it.

Do something. Don’t just sit around all of the time. Sure, you need to rest, obviously, but when you’re completely full of energy; don’t idle. Idling leads to overthinking, and we’ve already stated how bad overthinking can be for someone.

It doesn’t matter whether you’re the suavest, confident person on the planet or an awkward and

naïve one; socializing brings out the confidence in a person. You know it to be true. You know how much it improves you as an individual. We’re not suggesting that you socialize too much and become too much of a party animal, but a night out or two every now and again should put your mind in good spirits. Being around others is so much better than isolation.

Make Sure You Get Enough Sleep

Finally: rest! It’s something that we all need in order to perform brilliantly in every aspect of life. Whether it’s acing a test, or simply getting our heads into the best possible place, sleeping enough can really help. You know what it’s like going through life on a few hours’ sleep – you don’t function anywhere near as well.