Can Vaping Help You Concentrate While Studying?

While studies show that vaping can be a much safer alternative to smoking, society in general is still understandably skeptical of the claim that vaping can be beneficial to the human body. The answer of course lies not in the tired old vaporization versus combustion comparison, but in what’s sitting inside your vape at any given time.

Contrary to the prevalent opinion around vapes, they aren’t merely an alternative form of nicotine delivery. There are several different types of vapes: e-liquid, dry herb, essential oil, THC oil and even CBD cartridge vaporizers. Countless individuals around the world use dry herb vaporizers to vape anything from medical cannabis to mulungu, eucalyptus or even lavender for their medicinal and therapeutic properties in the privacy of their homes. These vapers not only swear by their vapes as a means of getting through a busy day; as health nuts, you’d be hard pressed to find too many of them that want anything to do with nicotine! 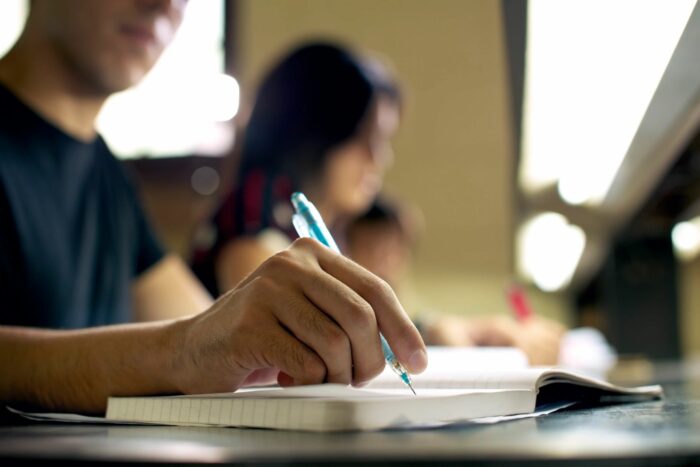 Now that we’ve gotten through the nicotine stigma associated with vaping, let’s explore what other benefits they might have. In this post, we examine how vaping could actually help you cram for those daunting midterms if you happen to be a college student with a weekend of studying planned in the near future.

CBD and Its Interactivity With Endogenous Neurotransmitters

Now it’s worth noting that vaping in general doesn’t help you study; it’s not as simple as filling your RTA with Jam Monster e-liquid, enjoying its treatsy flavors and acing the finals the next day. However, vaping CBD can help indirectly in terms of concentration and focus via its ability to modulate the production and uptake of vital neurotransmitters to the brain.

Dopamine is the chemical neurotransmitter that influences memory, focus and mental ability. This is why countless songwriters and artists directly credit THC as a muse of sorts, given inspiration and engine control are directly tied to dopamine discharge in the brain. However, an excess of dopamine can cause a mild sensory overload, resulting in what’s commonly known as a “high.” Common symptoms associated with this overload include hallucinations and losing track of time.

This is where the non-psychoactive properties of CBD really shine: by simply vaping a cartridge, you can effectively top off your dopamine levels and enjoy an increase in study concentration without worry of going overboard.

Serotonin is commonly known as the “happy chemical” because of its direct influence on wellbeing and contentedness. There is extensive evidence in scientific literature linking an imbalance of serotonin with mood disorders such as depression, post-traumatic stress disorder (PTSD), bipolar disorder and postpartum psychosis.

CBD is already commonly prescribed in some states as a natural alternative to selective serotonin reuptake inhibitors (SSRIs), in order to treat mood disorders while avoiding the myriad side effects for which the SSRI class of drugs has gained notoriety. This lends credibility to anecdotal testimony all over social media, wherein students claim vaping CBD ameliorates mood disorders and increases focus during a heavy cram session.

According to a 2013 report by the American Psychological Association (APA), anxiety disorders affect approximately 41.6 percent of college students. Mood disorders, specifically depression, came in a close second at 36.4 percent. Both disorders are well known for their ability to diminish focus and concentration, compounding feelings of stress and lowering test performance. According to subsequent APA studies, this trend has only continued to get worse.

CBD and its established positive interactivity with vital neurotransmitters can do plenty to aid concentration and focus in students struggling with their studies. Conveniently, a large percentage of college students already own vaping devices, or are at least acquainted with vaping products. It’s likely that with more scientific data to flesh out the links between CBD, dopamine and serotonin, more students will transition to vaping CBD over nicotine.