When you’re a young writer, you’re always on the lookout for inspiration. Your characters, your plotlines, your twists, and turns, they’ve all got to come from somewhere, and whether that happens to be your local takeaway, an exotic, far-flung destination, or just the dark recesses of your mind, we can all do with a bit of a boost when it comes to overcoming the dreaded writer’s block.

Authors, poetics, essay writers, journalists and other creative ones would never hesitate to recommend travel when it comes to finding the muse. As soon as we touch down in an unknown town, or step out into a foreign country, we’re immediately thrust out of our comfort zones. It might take a while to settle into the rhythm of someplace new, but before long, you’ll be seeing things, meeting people, and experiencing life from a whole new angle and that can prompt some fantastic ideas, and lead you to dream up your next storyline with relative ease.

There are certain places in the world which seem to fizz and bubble over with inspiration. Places which boast natural beauty and tranquility allows our minds to quieten and focus, giving rise to new ideas and the kind of psychological exploration that leads to the best intentions. Bustling cities vibrate with life, movement, and energy, and this unfailingly allows stories and characters to fall into your lap. Majestic landscapes, grimy, seedy, dark sides of forgotten towns, beaches, villages… they’re all capable of getting your creativity firing on all cylinders – so what are you waiting? Pack your bags, dig out your passport, and get out there and find the inspiration for your next writing project!

We’ve scoured the globe for five locations sure to get your creative juices flowing, and which every writer should visit if they’re seeking inspiration. Check them out below! 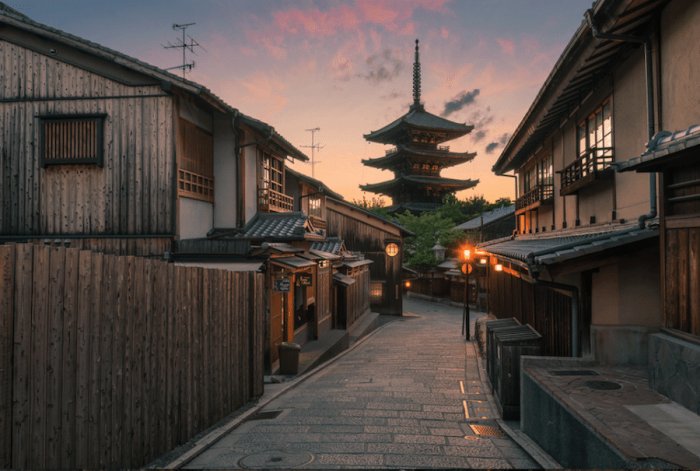 Who could fail to be inspired by Japan? For most of us, it’s a country in which you’ll find an entirely new world, where almost everything seems to be utterly unique, completely different, and – more often than not – a little eccentric and strange.

While many writers would suggest exploring the neon-lit streets of Tokyo, we reckon Kyoto is the most reliable contender for most inspirational part of Japan. This ancient city combines the hyper-modernity and sci-fi landscapes we associate with the country, but at the same time, it’s a place where you can uncover Japan’s spiritual heart, and discover real peace and tranquility, too. Timeless wooden temples, incredible natural landscapes, the peaceful, respectful vibe of the city’s streets, and glimpses at the Japan of old can all be found here. Utterly perfect for getting into the headspace you need to write your next masterpiece. 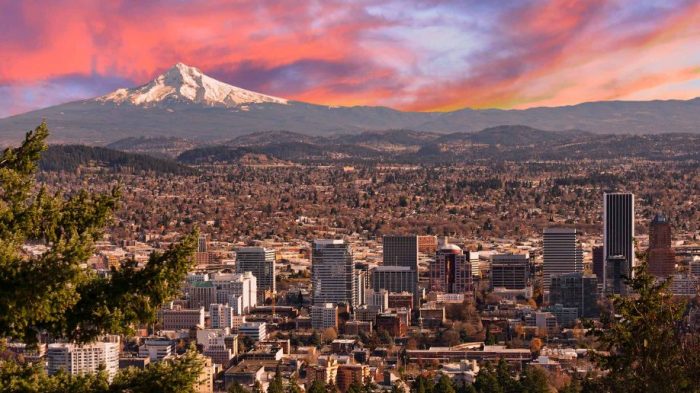 If you’re interested in the latest literary trends and enjoy surrounding yourself with other creatives with brand new projects on their minds, then Portland, Oregon could be the best

place for you to find inspiration. Achingly cool, incredible hip, and home to some of the world’s most excellent bookstores, it’s a city which wears its literary aspirations on its sleeve.

It won’t be hard to find a party of other literary types in Portland. In fact, it’s pretty much impossible to bump into somebody in this cultural US hub which hasn’t recently published a poetry chapbook, completed their first indie movie, or writes lyrics for an underground band. What’s more, the coffee culture in this city is second-to-none, and the wine’s not half bad, either. 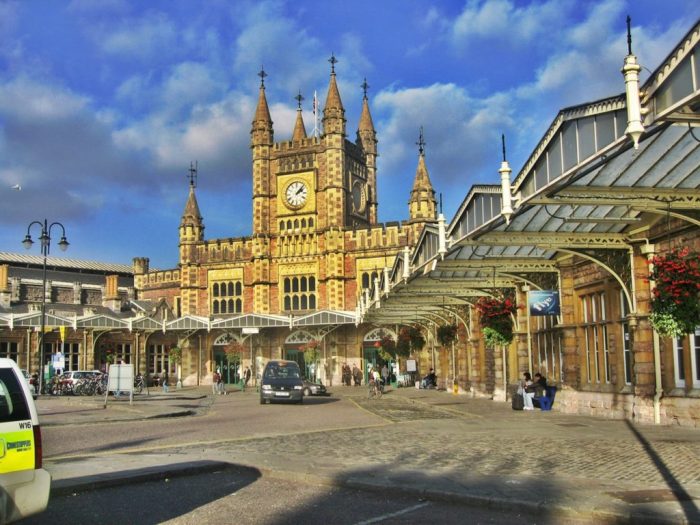 Everybody in the world knows all about London’s contribution to the literary canon. It was the city where Shakespeare trod the boards, where Dickens wrote of workhouses and pickpockets, and where thousands of more contemporary writers explored the multi-ethnic wonder that is the capital of world cultures. However, in the 21st century, there is another English city which has stolen London’s crown as creative wonderland: the South-West city of Bristol.

Pretty, relatively quiet, and uniquely relaxed for a city of its size, Bristol is an urban center which is ferociously independent and forward-thinking. It’s home to tens of thousands of artists and creatives, and for writers, it’s nothing short of a paradise. Every street seems to have an independent or second-hand bookshop, there are several poetry and reading festivals, and if you’re seeking inspiration, just head up to the beautiful suspension bridge, take a walk around the harbor, or pop into one of the city’s many art galleries. Friendly, welcoming, and indeed a little eccentric, Bristol fully deserves its reputation as a creative and inspiring hub for artists from all over the UK. 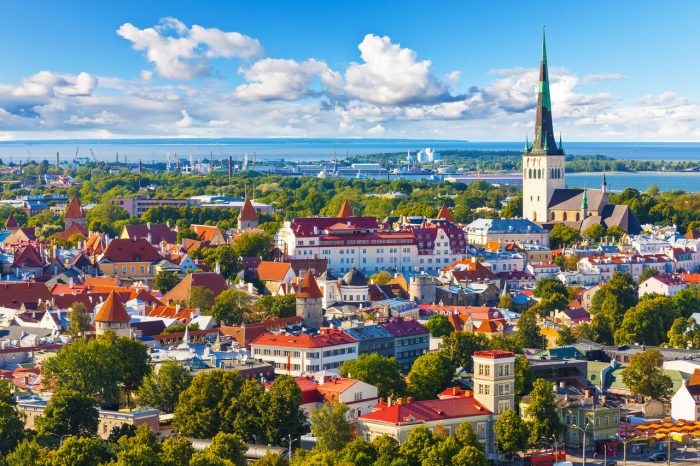 Walking through Tallinn’s old town, you’d never imagine in a million years that you’re in a 21st-century European capital. That is undoubtedly one of the most perfectly preserved medieval cities on earth, and the locals take enormous pride in keeping it that way. From the flawless castles to the rough-hewn cobbled streets, to the 14th-century pubs and taverns, it’s the kind of place you could easily find inspiration for your next historical fiction novel, or even a sword-and-sorcery epic or two.

Spend an evening at Old Hansa – a vast medieval inn that looms over the center – and listen to authentic 15th-century madrigal music while sipping at an ancient beer recipe and we guarantee your notebook will be overflowing with fantastic ideas for new characters, places, and plotlines! 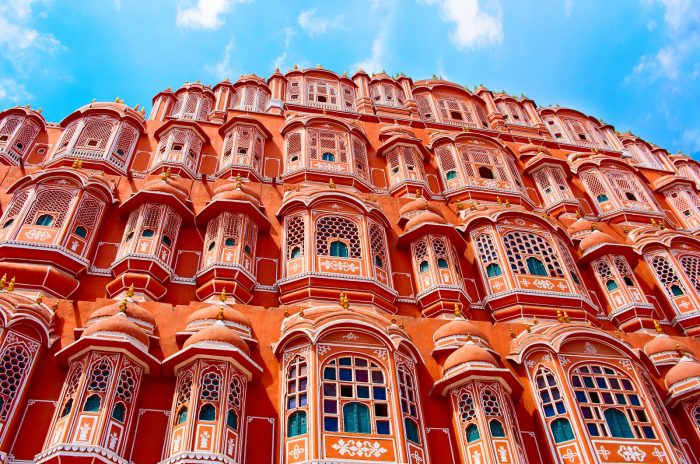 India has no shortage of inspirational cities, but we’d suggest that Jaipur, the royal capital of Rajasthan, is the finest of them all. Situated at the edge of the vast Thar Desert, and made from an attractive pinkish stone, it’s a glittering jewel of a regal city which packs in more wonders per square kilometer than perhaps any other. Marvel at the painted elephants, gaze in amazement at buildings like the Hawa Mahal and Jaigarh Fort, explore the dusty streets lined by jewelers and carpet makers, and try to take in the sheer majesty of this incredible place.

If you want to get your creative juices going, take the short trip outside the city to the Amer Fort. This imperial Moghul castle sat on top of a craggy hill, is somewhere you could while away the hours, dreaming up new characters and epic, romantic stories of times past. We’ve no doubt whatsoever that Jaipur is the kind of place which could inspire some seriously impressive writing, and it will transport you to an age of pure beauty and magic.